Taroudant - It is hard to write about a common person, but it is harder to touch upon the fame of an artist in few words.

By
Larbi Arbaoui
-
Dedicated free-lance journalist with three years of experience as a news correspondent, translator, and editor.
Dec 25, 2012

Taroudant – It is hard to write about a common person, but it is harder to touch upon the fame of an artist in few words.

The task is challenging not because of insufficient information about the life of an artist, but the works of such a talented person speak a subtle language more powerful than any words can convey. Words alone are powerless unless composed harmoniously with passionate melody, live rhythm and angelic voice.  Such elements are rarely found in a song. Yet, Saida Fikri, the Moroccan singer, managed to put all these elements together in her immortal songs and was able, in a short time, to engrave her own name in the golden list of few unforgettable stars of Moroccan music.

Saida Fikri, singer, songwriter, musician and a great representative of modern Moroccan music, lift up her voice against racism and intolerance at a time when her peers couldn’t describe society let alone criticize it. From the beginning of her professional career, she devoted her guitar for love and peace. Her varied songs incorporate elements of contemporary world music like rock, blues, jazz, folk, pop, country and reggae. These world music styles artistically intermingled with traditional North African music and Berber rhythms and brought to the Moroccan music repertoire a unique and innovative style.

For Saida, the seriousness and commitment that featured her singing style is not a pre-made choice, but a response to the voice of her heart and soul.  “It was not really a choice, but a feeling that had grown in me…. I reject oppression and racism – these are the principles with which I grew up” Saida told the press in an interview.  Thanks to the noble principles with which she grew up and her high education, she made her guitar skillfully speak the woes of the oppressed, the pains of the poor and the aches of the marginalized, distancing herself from the ephemeral culture of fake celebrity.

Fikri didn’t believe in “art for art sake”, but she, since an early age, has been convinced that her songs should bear a message and defend a fair cause she strongly advocates. Self-composed, her lyrics dealt solely with the concerns of all nations, in particular the deep social inconveniences of Moroccans.

With freedom of style and expression, Saida Fikri conveyed her beliefs in every song. “Miséria” (misery) remains a perfect example that portrayed honestly Moroccan society which was divided into two extremely parted social classes. With her touching voice, strong plain words and uplifting strumming and picking pattern, Saida depicted delightfully the injustices, inequalities and abuse of power.

The rebellious qualities of her themes and her distinguished second to none performance attracted the rising youth and entertained millions of fans. She approached social issues with delicateness and unusual courage.  Her commitment to sing for the oppressed made her subject to censorship and later to ostracism. Her songs crossed the border and received foreign recognition while she was still struggling to reach her fans in her country, simply, because those in authority and all mass media neglected her, until recently.

“In recognition of her strenuous efforts over the years to promote understanding between different culture through art”,  Mayor Michael Pavia of Stamford said that June 23 of every year will be “Saida Fikri’s day” in Stamford, Connecticut. She was honored overseas while she has never received anything similar in her birth place, except the unconditional love of her large audience.

She has written some of the greatest songs ever and her voice has blown us away over the two decades. She has never been rewarded financially for her songs – she admitted- except for the 50 centimes (1/2 dirham) she received -since she has been a little girl- from her uncle for enchanting him by a Moroccan song.  But Saida has won the respect of millions of fans and her name perpetuate in the world of music.

F. Nietzsche once said “only sick music makes money today” in reference to the decaying genres appeared at his time. Countless are today’s so called musicians whose ultimate goal is to make money. Saida Fikri; however, was totally aware that she was not making only music, but she was making history and enriching the national repertoire.

Artcurial Maroc Sells Painting at €1.2 million, the Highest Ever in Morocco 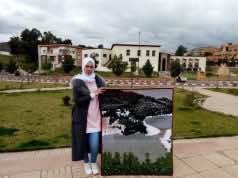 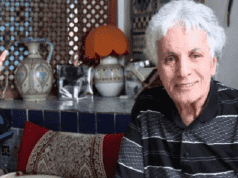 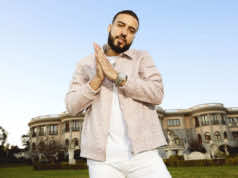