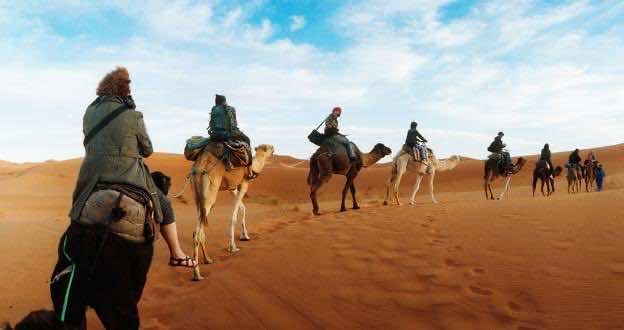 By
Larbi Arbaoui
-
Dedicated free-lance journalist with three years of experience as a news correspondent, translator, and editor.
Mar 31, 2014

Entitled “Travel & Tourism Economic Impact 2014 World,” the report included 184 countries and 24 geographic and economic regions in the world. It ranked Morocco first in the Maghreb and world’s 38th ahead of Algeria 111th and Tunisia 49th.

According to the WTTC report, the impact of tourism on the Moroccan economy is “undeniable and promising,” and the kingdom is doing well comparing to the countries of North Africa.

Despite regional troubles caused by the Arab Spring revolution, the kingdom, thanks to its stability, managed to place itself on the top tourism destination in North Africa.

Exotic cities, pristine mountains and vast desert are popular tourist destinations, but recently the kingdom became a destination for professional surfers, who found in the Moroccan coastlines ideal conditions for their sport.

In terms of Travel & Tourism, 2013 was a good year for nearly all the countries of the world.

David Scowsill, President and CEO of WTTC, says it has been another really good year for the sector but many governments’ lack of openness is restraining their country’s Travel & Tourism potential.