Rabat – The vast majority of Gulf markets are becoming increasingly more saturated leading operators to look for other global markets to invest in such as markets in Africa.

Both North Africa and Sub-Saharan Africa offer a huge scope for expansion in terms of service and sales penetration as people continue to make use of the “pay as you go model.” The lack of access to broadband connections and landlines makes easy mobile internet access an attractive goal for those able to afford it. while declining mobile internet access cost should quickly grow the size of this untapped market.

The first mobile telecom revolution seems to have ended. The vast majority of subscribers in the MENA region now have their own mobile phones and the outlook for new market returns is becoming dimmer. Operators must focus on increasing their average revenue per user rates (ARPU) and data provision is the clearest strategy to achieve this. Last year, French firm Vivendi finally announced that it had agreed to sell 53% of its stakes in Itissalat Al Maghrib (Maroc Telecom) to Etisalat for $5.7bn, slightly less then its market value. This transaction took place at the end of May 2013, when offers  were originally submitted by interested parties. Other potential investors had included South Africa’s MTN and Quatar’s Ooredoo but  the latter was unsuccessful in the negotiations and MTN did not follow up with the deal. Etisalat, 60% of which is owned by the government of Abu Dhabi, will now have an essential presence in the two largest economies in North Africa.

The Moroccan Government holds a 31% stake in the company and holds veto power over the sale of other investments in the business. Rabat announced that it would only sanction a project that attracted additional investment in telecoms infrastructure within Morocco. Also a further 20% is publicly traded on the Paris  and Casablanca stock exchanges.

Therefore Etislat will be required to make an offer to these minor shareholders if and when it gains a majority holding. Vivendi is selling its shares as part of a huge restructuring strategy designed to reduce its $19.5bn debts and is now focusing on consolidating its media interest.  The pullback doesn’t appear to have anything to do with attractiveness of the Moroccan market or of Maroc Telecom. In the future, Etisalat may decide to use Maroc Telecom as a vehicle to expand into other regions of Africa such as Benin, Cote  d’Ivoire, Togo and Niger. It already has a notable presence in Nigeria.

Such investments are motivated by stronger competition in domestic markets. The growth rates of most telecoms operators in the region have declined in recent years as markets have become saturated, investment rates have moved towards 99% and the industry as a whole becomes more mature. The telecoms industry is no longer just about operators and manufacturers. Many analysts believe that telecom companies need to reinvent their business models. Tasks once completed by telecom operators are now completed  by stakeholders who do not benefit from this background. Many of these new competitors are simply internet/media players; telecom executives must find new dynamics, patterns, and skills in order to understand and respond to a universe that is on the edge of the traditional telecom space.  This challenge can be scary and extremely exciting at the same time.

Some North African and Middle East governments have sought to delineate between politics, business, and cultural trends but changes in the information and communications technology (ICT) sector are starting to blur the lines between the three. Restrictions and limitations on access to specific websites or communications services such as Skype are being challenged by the general populace, who have gained increasing awareness of the global power of access to information. Government regulators that believe that they can liberalize telecom markets without freeing access to information are deluding themselves. History has shown us that technology is racing far ahead of regulation. It will be telling to see how these changes impact the cultural, social, and political landscape in countries that are run by the older generation but are overwhelmingly populated by young people with new perspectives. 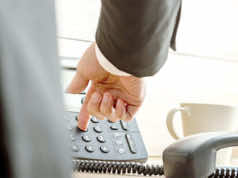