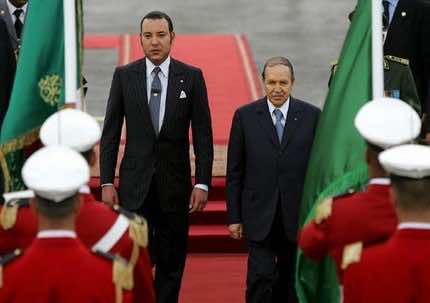 San Francisco – Immediately after King Mohamed VI’s throne speech in which he denounced the closure of the borders between Morocco and Algeria, the Minister of Foreign Affairs of Algeria responded strongly, reiterating Algeria’s position that any normalization with Morocco will have to take into account the right of the people of the Western Sahara, and that Morocco has no choice but to acquiesce to Algeria’s position.

The question that comes to mind when Algerian officials discuss Morocco is why is Algeria so intransigent when it comes to dealings with Morocco? Why does Algeria see no necessity in reestablishing diplomatic relations with its neighbor?

Since Algeria’s independence, no Algerian regime has been in any hurry to mend fences with Morocco. However, after the death of King Hassan II, many observers thought that Algeria and Morocco would turn over a new leaf and start a new beginning. President Bouteflika’s attendance at King Hassan II’s funeral was taken as a solid indicator that change was in the air, but the dream was short lived. The same year, Bouteflika accused Morocco of hosting and financing GIA bases, from which attacks on Algerians were planned and directed, and —to put the nail in the coffin— a few days after that he accused Morocco of exporting drugs into Algeria.

Many Moroccans believe that the Algerian regime is using Morocco as cover for its internal problems. But Moroccans are not the only ones subscribing to this theory. Algerians, under the same logic, believe that Moroccans are using Algeria to hide the truth about what is happening in Morocco. Is it conceivable that both countries are holding the future of 80 million Maghreb citizens hostage in order to whitewash the truth about their respective internal problems?

While this theory might have had some truth to it a couple of decades ago, the revolution in communications technology does not allow anyone to hide anything. Neither Morocco nor Algeria can hide the source of their ills by sweeping them under the rug, as was the case in the past. The king of Morocco himself, in his last throne speech, alluded to the gap between the rich and poor in Morocco, something no king or Arab president ever ventured to mention.

Others think that Algeria desires an overture to access the Atlantic Ocean over the Western Sahara. While this assumption has some merit, Algeria is very well aware that Morocco will not give up an inch of its Sahara. As a matter of fact, Algeria will have a better chance accessing the Atlantic Ocean if it improves its relationship with its neighbor.

Today, Minister Mezouar, the Moroccan Minister of Foreign Affairs, in an interview with skyNews stated that Algeria’s ideology and vision do not allow it to partner with Morocco. Yet, I am not sure that one has to have the same ideology to be able to work together on a common goal, here the bettering of the Maghreb citizens. China and the US or Europe and Russia, for instance, have different ideologies and many discords, but it does not prevent them from working with each other to improve the lives of their people.

The primary reason that Algeria is against any rapprochement with Morocco is that the Algerians lack long-term vision. They see Morocco as a poor country that does not have much to offer. They also see that Morocco will benefit the most from a partnership. When Algeria decided to close its borders with Morocco, it thought that such action would suffocate the economy in eastern Morocco. It did, but not for long. Regarding the Western Sahara conflict, the Algerians see that the autonomy proposal offered by Morocco is a win for Morocco, especially after Algeria has spent several billions of dollars creating and supporting the Polisario in the last 40 years.

Authorities in Morocco need to understand that Algeria’s ideology has not changed in the last 53 years and will remain as is in the next 50 years and beyond. Unless we see a new and young leadership in Algeria, the problem will stay alive. Let us not forget that the so-called friends of both Morocco and Algeria are both benefiting from this conflict. Their business is flourishing as both countries continue to outsource our jobs to them.

Authorities in Algeria need also to understand that they cannot rely on oil for eternity, they simply need to see what other oil rich middle eastern countries are doing with their oil revenues, while their country is no different front any other poor country. They also need to know that the majority of people in Algeria and Morocco demand that this problem be solved. So how long they will continue to go against the will of the people?

This is the 21st century: the Algerian authorities need to understand that their ideology is outdated, the cold war has long ended, and the people of North Africa demand unification as did the Europeans. For how long are they going to hold the people of the Maghreb hostage to a failed ideology? For how long they are going to rely on digging holes in the sand to dig themselves out of the hole? 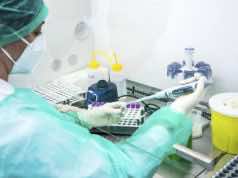 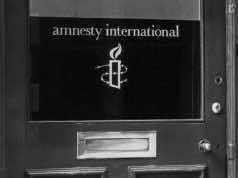