“We do not trust your corrupt organization to carry out justice so we will be exposing your many crimes to the world. We are legion. Expect us.”

The global hacktivist group “Anonymous” has been trending on all social media platforms since May 28, after they posted a video on Facebook demanding justice for the killing of George Floyd.

The death of George Floyd, an unarmed 46-year-old black father of two who died after being pinned to the ground by ex-police officer Derek Chauvin on May 25, has sparked nationwide outrage with violent protests surging as far as New York, Los Angeles, Chicago, and Atlanta.

Once widely feared, Anonymous now seems to be back in action after years of inactivity. Anonymous is the group of vigilantes of the internet that has been operating for decades to bring out truth and demand justice.

The video was originally posted on Anonymous’ Facebook page, showcasing the famous and feared silhouette of a black hooded person with the signature Guy Fawkes mask.

In its video message, the group directly addresses the Minneapolis Police department and condemns them for the brutality and horrific events that were captured on camera. Anonymous threatened to “expose” the police’s department’s “many crimes to the world.”

The message says, “Officers who kill people and commit other crimes need to be held accountable just like the rest of us. Otherwise, they will believe that they have a license to do whatever they want.”

They add, “People have had enough of this corruption and violence from an organization that promises to keep them safe. After the events of the past few years, many people are now beginning to learn that you are not here to save us but rather you are here to oppress us and carry out the will of the criminal ruling class.

“You are here to keep order for the people in control, not to provide safety for the people who are being controlled. In fact, you are the very mechanism that elites use to continue their global system of oppression.”

“These officers must face criminal charges and officer Chauvin especially should face murder charges. Unfortunately, we do not trust your corrupt organization to carry out justice so we will be exposing your many crimes to the world. We are legion. Expect us.”

While there have been many peaceful protests on the controversy, others have evolved into rioting and looting. Several cities issued curfews and police have turned their rubber bullets and mace several times on the activists and on journalists covering the protests.

President Donald Trump in a tweet on Sunday, May 31, cast blame on the media for encouraging the violence that followed the death of George Floyd.

“The Lamestream Media is doing everything within their power to foment hatred and anarchy. As long as everybody understands what they are doing, that they are FAKE NEWS and truly bad people with a sick agenda, we can easily work through them to GREATNESS!”

Not long after the video message appeared online, US citizens reportedly claimed that the websites for the police department and the city of Minneapolis were temporarily inaccessible on Saturday. Nonetheless, there was no evidence that could verify the involvement of Anonymous.

On top of allegedly pulling down the Minneapolis police department and city websites, the online hackers are believed to be involved in another hacking incident involving police radios in Chicago.

The footage of their radio broadcasting has over 4 million views and shows the hacked radio frequencies typically used by Chicago law enforcement to play N.W.A.’s “F*ck Tha Police.”

The Anonymous cyber activists also launched a direct threat against President Donald Trump, whose name appeared on a list with hundreds of names that were allegedly involved with the Jeffrey Epstein child trafficking network.

Incase you are wondering what Russia has on @realDonaldTrump, it's blackmail on organized crime, in particular human / child trafficking and rape. Maybe the police should stop shooting protestors and arrest real criminals.
receipt: https://t.co/i8KzTkazCYhttps://t.co/Cno6hSvDmz

The group uploaded the list on their social networks under the name of “The Little Black Book of Jeffrey Epstein.” The hacktivists also accused the US president to have a record on organized crime, claiming Russia is blackmailing the president.

Going forward and looking at Anonymous’ recent activities, this may be a sign of more politically-charged online disruptions to come and how the online hackers might affect the current socio-political situation in the US. 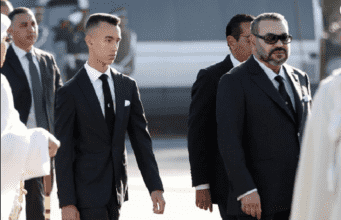 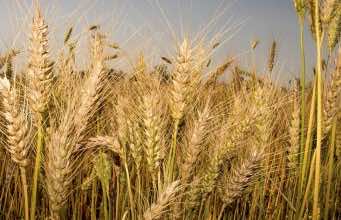