The head of al-Qaida's North Africa branch says the killing of Osama bin Laden will only stoke Muslim anger against the West.

RABAT – In a nearly 10-minute audio message posted on jihadist forums Thursday, the leader of al-Qaida in North Africa praised bin Laden who was killed in May by U.S. commandos in Pakistan.

In a translation provided by the U.S.-based SITE Monitoring Service, Abu Musab Abdul-Wadud said bin Laden’s assassination had boosted Muslim “desire to retaliate against you.”

Operating throughout the deserts of North Africa, al-Qaida’s North African branch has been involved in several deadly kidnappings of foreigners.

The group grew out of an Islamist insurgency in Algeria that battled the government for a decade. 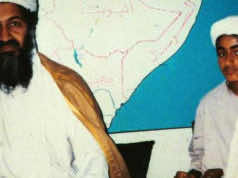