Russian President Dmitry Medvedev has urged Libyan leader Moammar Gadhafi to step down but warned that Moscow will not offer him an asylum. 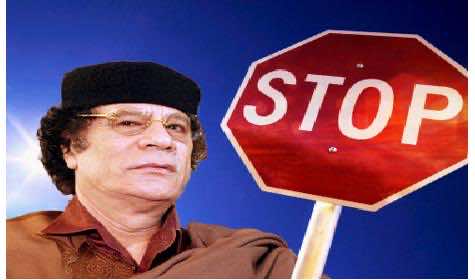 DEAUVILLE – Medvedev said Friday at a news conference at the Group of Eight summit in Deauville, France, that Gadhafi will do a good thing for Libya if he leaves the job.

Asked whether Russia could offer Gadhafi asylum he gave a firm negative answer. Medvedev added that a place for Gadhafi to stay and other details could be discussed after he steps down.

Medvedev said he is sending his envoy, Mikhail Margelov, a top Russian lawmaker, to immediately leave for Benghazi, Libya, to conduct talks with the nation’s rebels. He said that talks with the Libyan government could take place later.