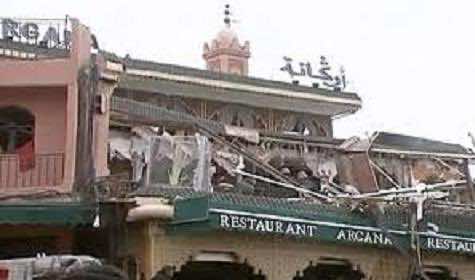 French prosecutor has opened a preliminary investigation for murder and attempted murder in connection with the April 28 terror bombing in a Marrakech cafe that left 17 dead.

France is investigating because eight French tourists were among those killed when a blast tore through the Argana cafe in Marrakech’s old town, a popular destination for foreign tourists.

The attack was the worst to hit the North African kingdom since 2003, when five simultaneous bombings in Casablanca killed 33 people.

Moroccan police have made six arrests in connection with the bombing, including the main suspect _ a man authorities say has loyalties to al-Qaida who had tried to travel to Iraq and Chechnya