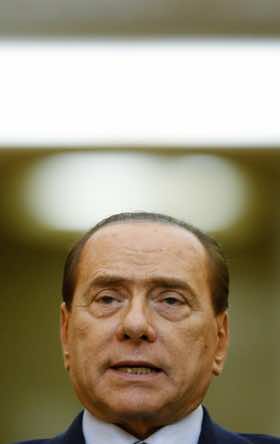 Just a day after Italian Prime Minister Silvio Berlusconi’s coalition suffered a crushing defeat in local elections, the trial of the Italian leader is today due to resume. The 74-year-old is accused of having paid for sex with Moroccan-born Karima El Mahroug, better known as “Ruby the Heart Stealer”, last year, when she was just 17 years old. He is also accused of abuse of power after he allegedly pressured police to release her from custody after she was arrested for theft.

Berlusconi denies all the charges, and insist prosecutors are trying to plot against him. If found guilty, he could face several years in prison, but is very unlikely to face jail time even if convicted due to sentencing guidelines in Italy for over-70s.

His lawyers say the prime minister will not be present at what will be only the second hearing of the case after the trial opened in April as Mr. Berlusconi is currently in Romania where he is attending a bilateral summit.

The trial comes at a time where his People of Freedom party suffered defeat in local elections on Monday, losing control of Milan to the left for the first time in 18 years.

The low results for his party confirm the leader growing unpopularity and come just a few weeks after Mr. Berlusconi declared the vote should be seen as a test of his popularity, which he knew was declining following his sex scandals and the economic crisis.

Analysts say the defeat will put pressure on the coalition between Berlusconi and the Northern League party, which it seems, has been trying to distance itself from the Prime Minister in the recent weeks.

“It’s a personal defeat for Berlusconi…. We can say that Berlusconi’s time is up,” said Marc Lazar, a French professor specializing in Italian politics.