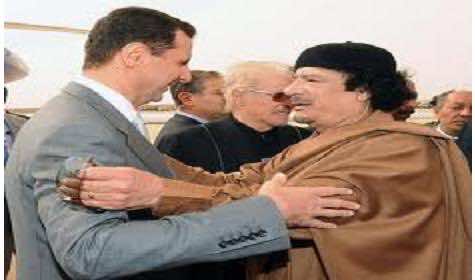 Syrian President Bashar Assad issued a general amnesty Tuesday for prisoners that includes those deemed to have committed political “crimes” as pressure built from a 10-week-old uprising that his regime has failed to quell with overwhelming military force.

The offer was swiftly rejected by the opposition as just another plot by the regime to gain time.

Syrian state television said the amnesty covered “all members of political movements,” including the outlawed Muslim Brotherhood, which led an armed uprising against Assad’s father in 1982. Membership in the party is punishable by death.

The amnesty could affect some 10,000 people Syrian activists say have been rounded up since the protests against the Assad regime broke out in mid-March. The release of political prisoners has been a key demand of the opposition.

The offer came as members of the Syrian opposition gathered in Turkey for a conference aimed at overcoming differences and bolstering the protesters who have endured a bloody crackdown that has killed more than 1,000 civilians.

The opposition was quick to reject it.

“This shows weakness on the part of the regime,” said Mohammad Abdullah, a Washington-based Syrian dissident who was attending the conference in Antalya, Turkey.

Abdullah, whose father, Ali Abdullah, is a well-known political prisoner, said the move would have been a good one had it come in the first week of the uprising, not after hundreds of protesters have been killed.

“The opposition now will accept nothing less than regime change,” he said.

In Washington, the Obama administration expressed doubts over the amnesty offer and demanded that Assad prove to a skeptical world that he is serious about reform.

“He’s said a lot of things in recent weeks and months, but we’ve seen very little concrete action,” State Department spokesman Mark Toner told reporters. “It just underscores the fact that he needs to take concrete steps, not rhetoric, to address what’s going on in the country.”

Syria’s Russian allies welcomed the move as a serious step toward reform. “Moscow pins high hopes on the opposition to take it as an invitation for talks,” Foreign Minister Sergei Lavrov was quoted as saying by the Itar-Tass news agency.

The Syrian state TV report said the amnesty covers “crimes committed before May 31” and reduces criminal sentences for felony convictions in half unless a personal lawsuit is involved.

Assad’s move was the latest in a series of reforms _ including lifting a 40-year-old state of emergency and granting citizenship to stateless Kurds in eastern Syria _ aimed at addressing the grievances of protesters.

But those moves have been accompanied by a ruthless military crackdown to try to quash the most serious challenge to the Assad family’s 40-year rule. The government claims the uprising is the work of Islamic extremists and armed gangs.

Earlier Tuesday, a senior official of the ruling Baath Party signaled the government was ready to engage its opponents in a national dialogue, but refused to commit to constitutional changes that would allow challenges to Assad’s autocratic rule.

Mohammad Said Bkheitan, assistant secretary general of the ruling Baath party, said mechanisms for a national dialogue would be announced within the next 48 hours.

The offer echoes a similar call made by government officials at the start of the uprising, but the talks have failed to materialize.

Bkheitan said it was “premature” to talk about constitutional changes that would allow challenges to Assad in the 2014 presidential election.

He also indicated the regime was not ready to amend the portion of the constitution that declares the ruling Baath Party the leader of the state and society _ a key opposition demand.

“We have told the opposition that there are ballot boxes. Once you hold the reins of power, and we become the opposition, then abrogate this article. Now there are other priorities,” Bkheitan said.

Bkheitan said the protest movement to no more than 100,000 people. “They are the same people who demonstrate each time,” he said.

A prominent Syrian opposition leader described the comments as “irresponsible.”

“If the regime until now does not acknowledge the existence of an opposition or a real protest movement, then what is there to talk about?” asked Burhan Ghalioun, who is also a scholar of contemporary oriental studies at the Sorbonne in Paris.

Ghalioun said Bekhtiar’s comments rejecting amending the constitution show the regime is not serious about dialogue.

“If they do not recognize that the aim of dialogue is to change the regime … this means they are not serious and we will not engage in dialogue with them,” he told The Associated Press by phone from Paris.