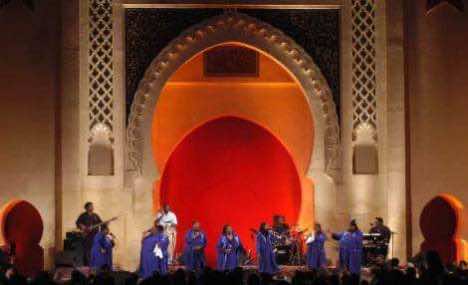 The theme of the five day Fes Forum (an integral part of the Fes Festival of World Sacred Music held annually in Fes, Morocco) is “A Soul for Globalization. And the theme this year is wisdom or, as the official title puts it, wisdoms. As a comoderator of the Forum since it was created in 2001, it is my task and our tradition to distill briefly each day over the five days of discussion the highlights of the the previous session. Thus our hope is that we will build our understanding day by day and year by year. That is at least a piece of wisdom.

This year, the first day’s discussion, on June 4, set the scene on an intellectual and a spiritual plane by asking the fundamental question: what is wisdom?. It focused on the three elements: grappling with what we mean by wisdom, or wisdoms, reflecting on how wisdom can be and is acquired and then opening up the debate as to why understanding wisdom is relevant and important for the challenges facing today’s world.

Leili Anwar, scholar and translator of Persian literature, brilliantly captured the essence and significance of the dialogue at its conclusion. She evoked the Festival’s opening oratorio, Leyla and Majnoun, which debuted in Fes on the evening of June 3. The oratorio was based on an ancient legend, deeply rooted in Sufi culture and told across many other cultures. Its themes are love — divine and human, spiritual and profane. The legend, and the oratorio, are also a parable about the long and arduous journey toward wisdom. Thus, Leili also evoked < a href=”http://www.fesfestival.com/2011/index.php” target=”_hplink”>the festival’s artistic image and linked it to the philosophical, intellectual discussion about wisdom: That image shows Majnun, the lover of legend who loses his love and retreats to the desert, leaving all material things behind. There he comes closer to finding wisdom far from daily life and preoccupations, close to nature and animals — the true essentials. She saw parallels to the heroes of wisdom: Socrates, who urged self understanding, and Mahatma Gandhi, whose core life message was to link how he lived to his beliefs and counsel.

Faouzi Skali, Moroccan anthropologist and the Festival’s inspirer and director, also explained why the Conference of the Birds, the ancient Sufi poem, is the inspiration for the Festival this year. That poem inspired the legend of Leyla and Majnoun. The poem traces the journey of a band of birds, led by the Whoopee, in search of truth and wisdom. Thus the Oratorio focused on the stages, the valleys of the journey of the birds, the stragglers who left the band, the important stage of utter confusion, and their final confrontation with the essence of wisdom and truth: in themselves. Wisdom is a journey.

Discussing wisdom in today’s turbulent world, set in the Maghreb where the Arab Spring is an immediate present reality, evoked a blend of sadness and hope, despair and aspirations — something akin to the “saudade” that ran through the Festival’s second concert, a powerful and spiritual performance by Brazilian activist and artist Maria Bethania. The sadness comes from the common sense that mankind today lacks wisdom, that we so badly need to take the time to recover and develop it, to go to the roots. The joy is the essence of life and the tools we possess.

Seven panelists covered an extraordinary range of topics, but with several common themes. Wisdom is a very individual phenomenon: we must each seek it in ourselves. Wisdom is about relationships with others, from family to community. And wisdom takes on a new dimension today with the interconnected world, and the extraordinary reality of today, when mankind is reshaping the earth with a real potential for destruction. Wisdom is often seen in bipolar terms, in contrast with madness or folly, or passion. In reality, though, they are tightly linked.

Time is part of the journey toward wisdom: taking the time, appreciating the wisdom acquired with years. Wisdom is about knowledge and experience, about science and learning. Yet the fresh wisdom of youth — the wisdom of innocence and childhood — is not to be denied. The wisdom of the heart, of love and of poetry and from spirituality must be acknowledged, even in a scientific quest for truth. The wisdom that comes from reality, from lived experience, is embodied in film and in art: film, especially, has great power to shed light on realities as they are, not as we would wish them to be. Wisdom is never the domain of intellectuals, the elite among a planet of seven billion people. Often wisdom and truth come most truly and vividly from the poorest, the least among us. And wisdom comes not only from rationality but from chaos. Part of the essence of wisdom is recognizing, as one speaker reminded us, that there are small islands of clear understanding in a vast sea of what we do not and cannot know. It is better to be perplexed, in the Valley of Uncertainty, than to think that we know absolutely.

In this rich tapestry of dialogue, the themes of the later days of the Forum were echoed. Each speaker touched on the threats to the environment that confront us today. The extraordinary events of recent months of the “Arab Spring” are very present, as are the long standing themes of globalization and justice, conflict and reconciliation, governance and chaos. At least to a degree the discussion hinted at the complexity of relationships between men and women, whether in power or in love, with a reminder that wisdom is often portrayed in feminine form. The struggles with technology and its power for good opens windows to cultures and peoples and relationships as never before, yet, the potential of science to destroy is a grave threat.

At one level, the opening debate indeed traveled the valleys of the Conference of the Birds. The unifying wisdom, perhaps, is the counsel to look to ourselves, our rights and our responsibilities. Absolute solutions are an illusion and will reduce the complexities of human beings into stark and unreal contrasts between good and evil. Likewise, absolute rationality is not only an illusion but a dangerous one. That is a lesson of history and of art, that wisdom and folly, sanity and passion, madness and insight, are all linked. Thus what we seek is above all an awareness and respect for difference.

And with that introduction, we proceed to the problems, and the potential, of our world today.