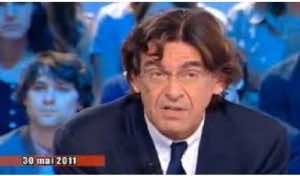 The Moroccan government said Wednesday it had ordered a probe into claims that a French ex-minister had sexually molested boys in Morocco.

“The king’s prosecutor in Marrakesh received instructions from the minister of justice to open a thorough investigation,” into the affair, Nouzha Skalli, Morocco’s social development minister, told AFP.

In the television appearance, Ferry said he had heard about the scandal from “a prime minister” during his own time in office between 2002 and 2004.

He has insisted he has no specific proof that a sex crime took place, but was merely recounting what he had heard during his time in government from other senior French officials.

Skalli insisted there would be “zero tolerance” if the probe found proof that crimes were committed.

Also on Wednesday, the Moroccan rights group Hands off my Child filed a complaint in Paris against unspecified defendants for “sexual exploitation of minors” and failing to report a crime.

French prosecutors had already opened an investigation into the case, leading to Ferry being questioned last Friday for more than an hour in Paris by the police’s child protection unit.