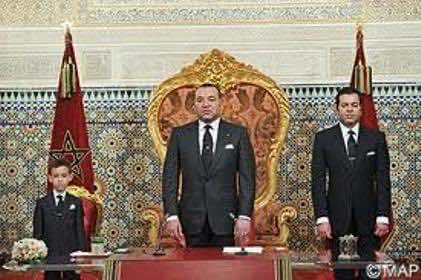 Proposals to amend Morocco’s constitution outline a major transfer in powers from King Mohammed VI to a prime minister, and the independence of the judiciary, a reform panel member said Thursday.

The commission is due to present its proposals to the king mid-June after he ordered them in March following the start of pro-democracy demonstrations similar to others sweeping the Arab world.

They also foresee indigenous Berber becoming an official language alongside Arabic, the member of the panel that drew up the proposals told AFP on condition of anonymity.

“The powers of the king will see a major reduction in favour of the prime minister,” he said.

“Berber will be considered an official language alongside Arabic, for the first time in the Maghreb,” the commissioner said. The Maghreb region includes Algeria, Libya, Morocco, Mauritania and Tunisia.

“The judiciary will be regarded, also for the first time, as an autonomous and independent power, conforming with the principle of the separation of powers, which will be expressly laid out in the next constitutional revision.”

Islam would remain the state religion but the freedom of belief would be guaranteed while the king’s role as Commander of the Faithful would be limited to the management of religious affairs, he said.

Pro-reform demonstrations have continued in Morocco despite the king’s appointment of the reform commission, whose proposals are expected to be put to a referendum.