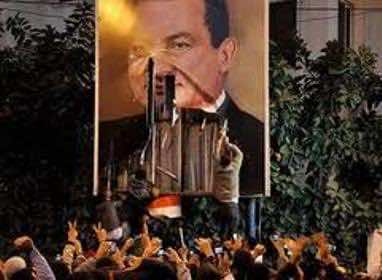 A state-run newspaper quoted Judge Essam El-Gohary, head of the Illicit Gains ?Authority as saying that Mubarak’s wealth outside of Egypt had been tracked down.

The report mentioned that most of the 83-year-old’s assets had been located in the US and England as well as another five countries.
El-Gohary denied on Friday the report of the newspaper and said “I have not released such a statement to the paper, it is out of the imagination of its editors who will be legally questioned over publishing false information.”

El-Gohary added that “The investigations [over Mubarak’s wealth] are still underway.”

“We are sparing no effort to restore the money that was transferred abroad in accordance with the law and relevant international treaties.” El-Gohary added.

The Egyptian public prosecutor is investigating Hosni Mubarak on charges of aggression and of killing peaceful protesters during the 25 January revolution, as well as of abusing public funds and abusing his authority to illegally gain commissions and other benefits.

Mubarak’s two sons Gamal and Alaa and most of the toppled regime ministers, ex-prime minister Ahmed Nazif , ex-interior minister Habib Al Adli , Ahmed Maghrabi, former Housing Minister and others are also in custody at Tora Prison pending investigations on illegal profiteering along with a number of Egyptian corrupted businessmen.