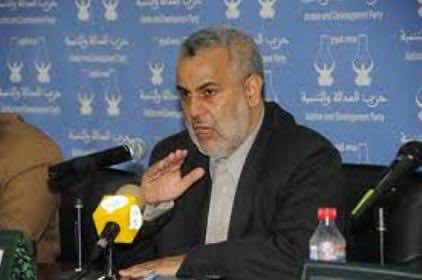 An Islamist party in Morocco warned Monday that it will vote against a new constitution if the basic law provides for “freedom of belief”, which it said will damage the country’s Islamic identity.

“We’re not against the freedom of belief, but we do fear the consequences of this provision for our Islamic identity,” the general secretary of the Justice and Development Party (PJD), Abdelilah Benkirane, told AFP.

Several sources last Thursday told AFP that the future constitution stipulates that “Islam remains the religion of the state, but the freedom of belief is guaranteed under the law” where it does not disrupt public order.

“What does ‘freedom of belief’ mean? That secular people will be allowed to publicly break the fast during Ramadan (the Muslim holy fasting month)? That sexual freedom and homosexuality become banal and public practices?” Benkirane asked.

The PJD is in opposition in the lower house of parliament, with 46 of the 325 seats.

“We’re not against the freedom of belief, but Morocco is a Muslim country with its laws. In France, they are banning the full-faced veil in the name of the law. We’re completely capable of voting against this new constitution,” he added.

According to a member of the commission, the future constitution will reduce the prerogatives of the king of the North African country and give more power to the government.

On March 9, Mohammed VI announced major constitutional reforms, providing notably for the principle of the separation of powers and for strengthening the powers of the government chief.