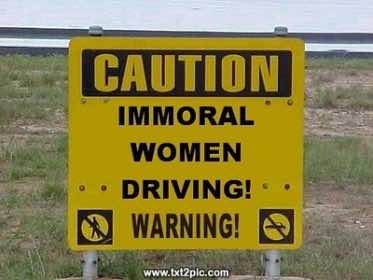 The Arab Spring is inching its way into Saudi Arabia — in the cars of fully veiled drivers.

On the surface, when a group of Saudi women used Facebook, Twitter and YouTube to organize a mass mobile protest defying the kingdom’s ban on women driving, it may have seemed less dramatic than demonstrators facing bullets and batons while demanding regime change in nearby countries. But underneath, the same core principles — self-determination and freedom of movement — have motivated both groups. The Saudi regime understands the gravity of the situation, and it is moving decisively to contain it by stopping the protest scheduled for June 17.

The driving ban stems from universal anxiety over women’s unrestrained mobility. In Saudi Arabia that anxiety is acute: the streets — and the right to enter and leave them at will — belong to men. A woman who trespasses is either regarded as a sinful “street-walker” or expected to cover herself in her abaya, a portable house. Should she need to get around town, she can do so in a taxi, with a chauffeur (there are 750,000 of them) or with a man related to her by marriage or blood behind the wheel.

Although the Islamic Republic of Iran could not implement similarly draconian driving laws after the 1979 revolution, given that women had driven cars there for decades, the theocratic regime did denounce women riding bikes or motorcycles as un-Islamic and sexually provocative. Iran’s supreme leader, Ayatollah Ali Khamenei, proclaimed in 1999 that “women must avoid anything that attracts strangers, so riding bicycles or motorcycles by women in public places involves corruption and is forbidden.”

The Saudi regime, like the Islamic Republic of Iran, the Taliban in Afghanistan, the military junta in Sudan and the Islamic Salvation Front in Algeria, ordains the exclusion of women from the public sphere. It expects women to remain in their “proper place.”

Indeed, the rulers in Saudi Arabia are the most gender-segregated in the world today. In official ceremonies, and in countless photographs, posters and billboards, the royal family seems to be composed solely of men.

This desire to deny women entrance into the public arena is inaccurately presented as a religious mandate. Yet there is no basis for such exclusion in the Koran. On the contrary, in the early years of Islam, women were a vital presence in Muslim communities. They attended mosques, engaged in public debates and got involved in decision-making processes. Aisha, one of the wives of the Prophet Muhammad, commanded an army of men while riding on a camel. If Muslim women could ride camels 14 centuries ago, why shouldn’t they drive cars today? Which Koranic injunction prohibits them from driving?

Gender apartheid is not about piety. It is about dominating, excluding and subordinating women. It is about barring them from political activities, preventing their active participation in the public sector, and making it difficult for them to fully exercise the rights Islam grants them to own and manage their own property. It is about denying women the basic human right to move about freely.

That is why the women defying the ban on motorized mobility are in fact demanding an eventual overhaul of the entire Saudi political system. They want not just to drive but to remap the political geography of their country.

These women know the value of a car key. Like the man who faced down tanks in Tiananmen Square, like the unprecedented number of women participating in protests across the Middle East and North Africa, the Saudi women’s campaign for the right to drive is a harbinger of a new era in the region.

It may require decades to see an end to the Middle East’s gender apartheid and the political reconfigurations that would necessarily follow. One thing is certain though: the presence of women and men demonstrating side by side in the streets of Iran, Tunisia, Egypt, Bahrain, Yemen and Syria is a sign of more seismic upheavals ahead. Old categories have broken down and the traditional distribution of power and space is no longer viable.

The women demonstrating for the right to drive in Riyadh are seasoned negotiators of confined spaces and veteran trespassers of closed doors and iron gates. They are a moderating, modernizing force to be reckoned with — and an antidote to extremism.

Their refusal to remain silent and invisible or to relinquish their rights as citizens is an act of civil disobedience and moral courage. Their protest, and those of their sisters across the Middle East, represent a revolution within revolutions — and a turning point in the contemporary history of Islam.

Farzaneh Milani, chairwoman of the Department of Middle Eastern and South Asian Languages and Cultures at the University of Virginia, is the author of “Words, Not Swords: Iranian Women Writers and the Freedom of Movement.”