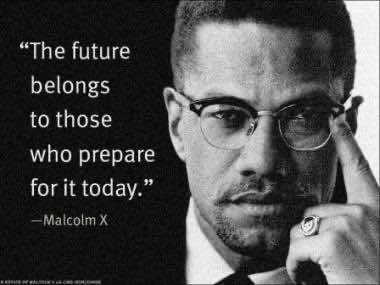 Since early age, I have had more resentment than respect for authority.  Overtime, I grew to understand authority’s shortcomings including injustices it can inflect, at times deliberately, other times unintentionally.  Some of the topics that have always and continue to intrigue me include popular revolts throughout history, slavery and the struggle for freedom in America, and the process with which the US was founded and its constitution adopted.  TV scenes from as far back as the 80s, such as the tumbling down of the Berlin wall or the violent ousting of former Romanian president Nicolae Ceau?escu, are still vivid in my memory.

With the current Arab Spring, and having been raised in the region, it is more personal as it is hitting close to home.  I am using home in the figurative sense since all countries in the Middle East and North Africa region are affected.  My curiosities are not casual and are categorized with a heightened degree of intensity.

I quickly and easily understood the pro-change movement and its motivation though its start was spontaneous, but I am still struggling to understand the argument of the anti-movement.  I pondered and pondered to no avail. Most of the presented arguments are tantamount to propaganda and scare tactics in my opinion.  I struggled to find explanations that I would pass common sense filters.

A common argument heard in discussions is that many who oppose any change do so to protect their interests. Many risk losing much. I have attempted to frame this in a clear and easy to understand manner but I struggled.  While browsing the web, I came across a YouTube video of Malcolm X that I think brilliantly broke it down. Malcolm X was one of the most notable and influential leaders of the civil rights movement.

In this video, Malcolm X talks about an aspect of slavery. He addresses some of the dynamics in the relationship between the slaves and their masters.  He divides slaves into “house Negroes” and “field Negroes”.  This division is based to a great degree on the relationship each category of slaves had with its master.

On the Masters, Malcolm X says that when someone tries to talk to field Negroes to speak up, “They sent some ol’ house Negro along behind him to undo what he said.”

The house negro always looked out for his master…When field Negroes got too much out of line, he held them back in check…They lived better than the field Negroes…He ate the same food as master ate and wore his same clothes…He loved his mater more than his master loved himself.  That’s why he did not want his master hurt… If the master got sick he says: what’s the matter boss? We sick? …He never wanted his master’s property threatened and he was more defensive of it than the master was.”

Describing the relationship between the field Negroes and their masters, Malcolm X continues:

Field Negroes who lived in the huts had nothing to lose; they wore the worst kind of clothes…they caught hell… They hated their master… If the master got sick, they prayed that master dies.  If the master’s house caught a fire, they prayed for a strong wind to come along.

The video ends with Malcolm stating”And today, you still have field Negroes and house Negroes. I am a field Negro.”

“The House Negro and the Field Negro\”

Jamal Laoudi is a Moroccan national. He received a Bachelor’s of Science in Computer Science and a Bachelor’s of Art in Economics.  He is employed with the Adelphi Research Laboratory and serves as an independent consultant in Computational Linguistics.   He contributes to various news and community portals including Aljazeeratalk.net, Moroccoworldnews.com, and wafin.com. “