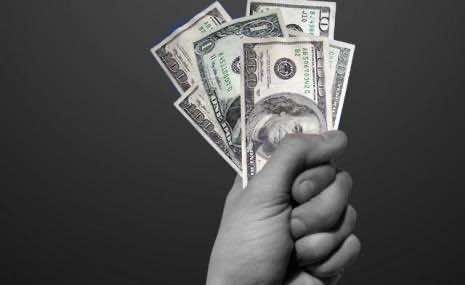 The dire economic situation was one of the catalysts for the revolutions in Tunisia and Egypt. Now the West has to offer financial assistance, in order to prevent the fledgling democratization process from derailing.

High youth unemployment, a lack of perspectives and economic problems were some of the key reasons for the revolutions in Tunisia and Egypt. But so far the economic situation has by no means improved and there is a real chance that things could even get worse, which could have dramatic consequences for the process of democratization.

“We are still in an early phase of the transition,” Mustapha Kamel Nabli, the governor of the Tunisian central bank, said during a visit to Berlin. He added that along with reforms, political change and new institutions money is also needed. “But there has been nothing, just peanuts.”

According to Nabli, Tunisia needs assistance right now, not in six months or two years. But Europeans on the whole, and Germany is no exception, have a hard time providing financial assistance.

The situation is critical, argues Nabli who says that Tunisia is facing an immediate financial collapse. To get rid of nepotism requires a lot of money, he adds.

Bildunterschrift: At the same time the government lacks revenues while expenditures are on the rise. The tourism sector is in shambles and the war in neighboring Libya has only made things worse. Tax revenue is down, but the general level of prices, including groceries, is rising. Massive aid worth billions is needed, says Nabli, but no one abroad feels responsible.

Words of solidarity are nice and warm the heart, but one can’t eat them, adds Hisham Yussef, chief of staff for the general secretary of the Arab League who travelled to Berlin from Cairo. He also shares Nabli’s goal to bring the immediate problems of the transformation process to the attention of German politicians.

Of course the Arab League knows that help is always tied to certain conditions, he says. But he adds that the Europeans’ decision to wait and see how the elections in Tunisia and Egypt turn out and how the countries develop is a big mistake.

“It’s not a question of the amount of money, but a question of political will,” says Yussef. In the case of Greece, the necessary political will is there to prevent the country from going under, notes Yussef. But, he adds, in the case of Tunisia and Egypt a similar clear political message is missing. As a starting point, investment guarantees or the message for potential tourists that travelling to Tunisia and Egypt is safe again would help, says Yussef.

What’s more, he argues, when the old regimes were in power, the money flow was intact, but now that the countries are moving in the right democratic direction, the money flow has dried up.

Viktor Elbling, the head of department for economy and sustainable development in Germany’s foreign office, admits it’s a difficult situation. Elbling talks about the great sympathy for the people in Tunisia and Egypt and that it goes without saying that help is provided. He adds that foundations and non-governmental organizations are already helping the people on the streets.

But on the political level Tunisia and Egypt at the moment are led by interim governments and no one knows exactly what will come next, says Elbling. A key question has to be answered first: “How can we work together with these governments? We have to consider very carefully where those funds will end up.”

That assessment is shared by Kerstin Müller, a member of parliament for the Greens. She travelled to Tunisia recently with the Foreign Affairs Committee of the German parliament and therefore knows first-hand how dire the situation is there. But she’s also against simply opening up the money flow. If the aid money ends up in the wrong hands, it will only disappoint the people, adds Müller.

What Europe also needs to do is open up its markets for products from Tunisia and Egypt, says Müller. “We don’t want to see billions of euros flow and the countries end up being dependent on the Europeans, the US or the World Bank. We want to see economies created where people can find jobs.”

But economies take time to develop. Germany’s reunification and period after World War II is often mentioned in connection with the current transformation process in North Africa. Back then, the economic development took decades. A similar general economic rebuilding program could probably help North Africa find its way into the future.

Between 1948 and 1952 the US helped war-torn Western Europe with the so-called Marshall Plan. Loans, food, products and commodities were delivered. This aid package was worth $100 billion in today’s dollars. Given the sheer size of that package, Kerstin Müller of the Greens thinks it is unrealistic to even contemplate such a program.

At their meeting in Deauville the world’s richest industrial countries announced at the end of May that they wanted to provide $40 billion for the Arab Spring. However, the G8 countries itself plan to only contribute a quarter of that amount; the EU is supposed to come up with 1.24 billion euros.

Not a huge amount when compared to the 160 billion euros that the countries in the Middle East and North Africa need in the next three years according to the International Monetary Fund. Could the revolutions in Tunisia and Egypt fail ultimately because of economic and financial problems?

“We will succeed,” says the Arab League’s Hisham Yussef, however the governor of Tunisia’s central bank Mustapha Kamel Nabli, doesn’t sound as convinced when he says: “We know that 85 percent of the work that lies ahead must be done by us.”

All that is needed is some additional help, he adds, because if young people aren’t provided with a perspective for the future, they will leave. And that, says Nabli, would be a catastrophe for the country.