On 9-10 June Rabat hosted a Conference on combating corruption in the MENA region (Middle East and North Africa). 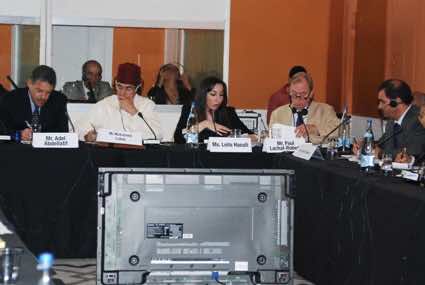 By
Adnane Bennis
-
Adnane Bennis is a national of Morocco, obtained his Bachelor’s Degree in Computer and Information Science from East west University in Chicago.
Jun 15, 2011
Spread the love

New York – Held under the High Patronage of King Mohammed VI of Morocco, with the joint support of OECD and UNDP, the Conference served as a regional platform to reflect on ongoing developments in the MENA region and the emerging public demands for government reforms.

The Conference convened over 180 participants from the MENA governments, private sector and civil society as well as corruption experts from regional and international organizations.

The Forum presented an excellent opportunity to share lessons learned between peers on practical ways to combat corruption in MENA.

Young Moroccan-American attorney from Washington DC, Leila Hanafi, spoke at the Conference and commended the hosting of this timely multi-stakeholder dialogue on anti-corruption efforts in the Middle East and North Africa, in light of on-going developments in the region, which demonstrates an international commitment to upholding the rule of law and fighting corruption in the Arab world.

Leila went on to congratulate the organizing committee on its choice of Morocco as a venue for this forum.

“Not only is there a lively debate about rule of law going on in this country, but its history and its geography also provide a very unique prism through which to look at the legal uniqueness of the MENA region,  at large. As a Moroccan-American, it is an honor and privilege to speak here,” stressed Hanafi. 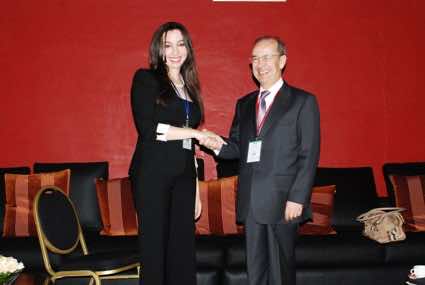 Government Accountability-Limited government powers: Conference debates focused on the means, by which the powers of the government and its officials and agents are limited and by which they are held accountable under the law. In that regard, discussions centered around the social media and how it is becoming a force for social change and a transparency tool in the public sphere, across the region.

Government Accountability-Corruption: Another major component of the Conference focused on anti-corruption efforts as a key priority for action in the MENA region.

To improve rule of law in MENA, and, consequently, strengthen access to justice and promote transparency and accountability structure between the people and the judiciary, Hanafi’s intervention emphasized that it is essential to enhance the capability of civil society groups and leaders to promote equitable enforcement of a strong and fair legal framework.

Finally, Conference discussions agreed that government action alone is generally not enough to prevent and combat corruption. Complementary and mutually supportive actions by the media, trade unions and civil society actors are recognized as important.

As such, Hanafi emphasized that “a multidisciplinary and respectful dialogue will inspire concerted actions and meaningful progress in advancing the rule of law across the region.”

Leila’s active participation as a speaker in such high level Government meeting is reflective of the important role of young people in the current rule of law development debates in MENA and beyond.