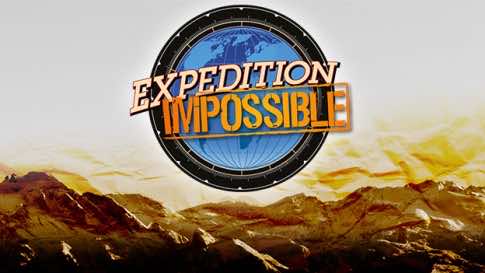 ABC’s latest venture into reality programming, “Expedition Impossible,” premiering Thursday, June 23, has the hallmarks of a Mark Burnett hit: an exotic locale, demanding challenges and teams viewers will root for.

“What I was trying to set out to do here was to create a television show for ordinary Americans who have a common desire for big adventure,” Burnett says. “Their desire is probably bigger than their capability, but they are willing to suck it up and try it anyway. Thematically I wanted them to feel an Indiana Jones kind of experience.”

So 13 teams of three, including “California Girls,” “The Football Players” and “No Limits” (which has a blind man) were brought to Morocco. In all they traveled some 2,000 miles, beginning their Moroccan adventure in Merzouga, going through the Sahara Desert and over the Atlas Mountains, and ending in Marrakech. Dave Salmoni hosts.

“What you get in that area, by the Algerian border, is very classic Saharan desert, with almost 1,000-feet-high sand dunes going around them,” Burnett says. “As you approach the Atlas Mountains, there are canyons full of small, ancient Moroccan villages.”

Teams face challenges each of the 10 weeks, and the last to complete one is eliminated. Burnett’s sense of drama, history, endurance and loyalty are put to use. Contestants had to be fit.

“You had to show up and have a certificate for horse riding,” Burnett says. “And when they got there, prior to the race, we gave them stallions and wanted to see them control a runaway horse and how they deal with runaway Arabian stallions. They had to show how they would right a capsized boat on a raging river and show how to read a compass and rappel down sheer cliffs. Our mountain guides were there and watched them all do it.”

Not surprisingly, growing up in Rockaway Beach, New York firefighter Rob Keiley was a stranger to camels. He signed up with two lifelong pals, Kevin Coursey and Mike Egan, also NYC firefighters.

“I had never seen a camel before,” Keiley says. “The closest thing I could imagine is what a dinosaur was — and they are massive.”

Riding a stallion, Keiley says, “was the stupidest or craziest thing I have ever done in my life. You get on this animal you don’t have control over, and they are huge, and they just want to go.”

As firefighters these guys are in shape and accustomed to lugging around heavy loads because their gear weighs so much. They trained by running on the beach and running up and down stairs.

“We went to a local stable with a friend who owns a horse,” Keiley says. “It’s nothing like a stallion. You’re riding this little New York City horse.”

The physical challenges are incredibly tough, and Burnett says, “There were major, major problems. At some point in every stage, somebody wanted to quit. If one person on the team quits, the entire team would be disqualified.”

“Expedition Impossible” isn’t a big payday. Each member of the winning team receives $50,000 and a Ford Explorer.

Which is precisely what the firefighter says he had. “We were doing these epic things doing things you never thought you would do,” Keiley says.

Ultimately he learned how much he missed his family, and by comparison to Berbers and others he met, “what a spoiled life I lead.”