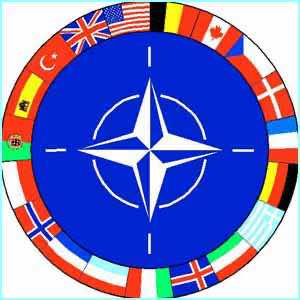 If ever the death knell was sounded for an organisation, it was sounded by the US Defence Secretary, Robert Gates, in a farewell speech to Nato in Brussels last Friday.

Of course, in talking of the 60-year-old alliance facing a “dim if not dismal” future of “military irrelevance”, he was primarily expressing Washington’s growing irritation with its European allies for not doing more in Afghanistan and over Libya. If they didn’t pull their socks, up, he said with the bluntness that only a departing minister can voice, it would all be over for Nato.

You can’t fault his analysis. The longer the Libyan intervention has gone on, the more it has shown up an alliance whose European members are divided on the goals and whose leader, the US, just doesn’t want to go on providing the heavy lifting for something it feels should be a European show.

But then this only reflects the fundamental dichotomy of view between the US and Europe over how they see their security interests now. For most European countries, the fall of the Berlin Wall meant the end to the most direct military threat to their security, the raison d’être of Nato. Their populations looked for a scaling down of defence investment, not an expansion.

For the US, on the other hand, the Fall of the Wall left a fractious and unstable world in which they, as the sole hyperpower, now had to hold the ring. What they wanted was support from their allies, not a lessening of it.

It is this divergence of interest which is coming to the surface with the interventions in Bosnia, Iraq, Afghanistan, and now Libya. To the military leaders of the organisation in Brussels and some of the more enthusiastic political supporters, such “out-of-theatre” operations were seen as a welcome opportunity to reassert Nato’s relevance in the post-Cold War world. To the population of most European countries, they were aberration.

There was never the political consensus behind either Iraq or Afghanistan intervention, still less so as the costs escalated and the purpose became more confused. Washington might paper over the cracks with the help of Britain and some tokenism by others in Afghanistan, but the longer the entanglement lasted, the lower became the enthusiasm for it.

Could Libya prove the straw that breaks the alliance’s back? In one sense it ought not, for the Europeans, led by David Cameron and President Sarkozy, were the ones who forced the pace of this intervention.

But the same problems of sustaining determination in a long haul that we have seen in Afghanistan applies to Libya as well, while the big difference this time round is in Washington’s willingness to lead.

Behind Gates’s speech was the clear implication that the US itself is beginning to tire of shouldering the burden. “The blunt reality,” he said, “is that there will be dwindling appetite and patience in the US Congress – and in the American body politic writ large – to expand increasingly precious funds on behalf of nations that are apparently unwilling to devote the necessary resources to make the necessary changes to be serious and capable partners in their own defense.”

Gates might phrase this as a warning to Europe, but the “blunt reality”, as he knows himself, is that it isn’t the pusillanimity of its Nato allies which is driving Washington to think again but an American public that is turning more inward and has grown tired itself of expensive foreign wars.

Washington will no doubt try to keep up its obscenely large military expenditure (the equivalent of the budgets of all its allies put together), if only in response to China’s rising spending. But – and President Obama’s recent speeches reflect this – America is turning away from the idea of working through alliances towards taking care of the threats it sees as directed towards itself.

China’s rise is one. Terrorism from Pakistan is another. But Europe and Nato, once the troops are out of Afghanistan, don’t really figure.

The implications for Europe, including Britain, are clear enough if only any politician was willing to own up to them. The transatlantic partnership, in so far as it was a military alliance based on the mutual self-interest, has reached the end of its shelf life. Attempts to give it new meaning as an arm of US post-Cold War policy and as a global intervention force have proved expensive and divisive.

Of course it would be more effective to keep the US involved in European defence matters, and they may well see it in their continued interests to do so. There are many mutual concerns, from terrorism to the Arab Spring. If it helps to keep Nato alive as a pact, then it may serve a purpose.

But it is really up to the Europeans to organize their own defense now for a new era. Britain and France have made a start in co-ordinating their forces, as much for financial as strategic reasons. But there is no point in repeating the mistakes of Nato in the last decade, with one tier of the “willing”, ready to offer up “hard power” troops and equipment, and another of the reluctant, giving only soft-power support in a non-combat role.

You’re not at the moment going to get public backing for European states to up dramatically their defence spending, nor to see in defence an arm of an expansionist EU foreign policy. But Libya has given a start in propelling Britain and France together. Given the leadership, wider integration is possible. It’s not as though there are plenty of security challenges in the region, from what is happening now in North Africa and the eastern Mediterranean to troubles in former Soviet republics.

On this, at least, Robert Gates is right. It’s time for Europe, including Britain, to get its defence act together.