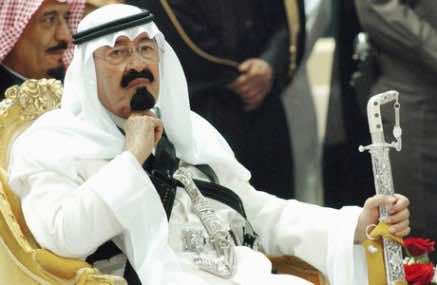 Riyadh’s royals are having a rough time.

Saudi Arabia — the spiritual center of the Islamic world, the world’s leading oil exporter, and the leader of the Arab world — is used to being the center of attention. But this year will be remembered as the moment when the world finally looked elsewhere for leadership.

It’s hard to imagine a more disastrous year for Saudi foreign policy. In January, Tunisian President Zine el-Abidine Ben Ali fled from riotous mobs to exile in the Saudi port city of Jeddah. Now the new regime in Tunis wants him back to put him on trial. In February, Egyptian President Hosni Mubarak, a longtime Saudi ally, was forced from office. In the space of days, Washington went from words of support for Mubarak to saying it was time to go. Then in March, after Bahrain looked as if it may concede the principle of a government ruled through the will of the people, Saudi riot-control forces backed by tanks poured across the causeway to the island.

In Riyadh and other Gulf Arab capitals, princes and sheikhs were left wondering how solid U.S. support would be for them. Last month, they got their answer, when President Barack Obama slammed Bahrain for its handling of demonstrations in his major May 19 foreign-policy address on the Middle East. To emphasize the point, when the island kingdom’s Crown Prince Salman bin Hamad al-Khalifa, visited Washington this month, his meeting with Obama was reduced to a “drop-by,” and Secretary of State Hillary Clinton didn’t extend the courtesy of a joint press conference after their meeting.

Even Saudi dominance of international oil markets, by virtue of the country’s leadership within OPEC, is under threat. Last week’s gathering of OPEC oil ministers in Vienna ended in discord, with Saudi representative Ali al-Naimi describing it as “one of the worst meetings we have ever had.” Naimi had, a little late perhaps, been leading a ploy to increase production quotas in order to ease high oil prices, which have been threatening the world’s economic recovery. But Iran led a bloc of OPEC members that disagreed, preferring high revenues. It’s not clear who has whom over a barrel — but the Saudi response is predicted to be a unilateral increase in production. This might help U.S. gas prices, but it means that Saudi Arabia will “go it alone” instead of exhibiting world energy leadership.

Meanwhile, with 88-year-old King Abdullah and other senior princes in wheelchairs or hobbling around on sticks, Saudi palaces could be mistaken for luxurious old-age homes. Crown Prince Sultan, 87, is just a smiling shadow of his former self and may be heading back to New York City for more cancer treatment. Prince Nayef, 78, and third in line for the throne, has just returned from more than a month away in Switzerland, believed to be for medical reasons. Somewhere in the background is Prince Bandar bin Sultan, who was most recently trying to recruit Muslim mercenaries from Pakistan, Malaysia, and Indonesia to defend the kingdom and the more vulnerable members of the Gulf Cooperation Council (GCC).

The Saudi-led plan to expand the GCC — a motley collection of sheikhdoms that also includes Kuwait, Bahrain, Qatar, the United Arab Emirates, and Oman — also smacks of desperation. Eschewing the democratic trends of the Arab Spring, the kingdoms of Jordan and Morocco were reported last month to be under consideration to join the club. King Abdullah had apparently received a letter from King Abdullah II of Jordan requesting membership and, thinking it sounded like a good idea, declared it a reality. Yet the first Morocco knew of it, according to a Gulf minister, was when its foreign minister was telephoned by his UAE counterpart.

If the GCC expansion is a Saudi project to bolster monarchies and reassert leadership over an Arab world that seems rudderless, it is surely not yet working. This week, the Jordanian king’s motorcade was attacked with stones and bottles as it passed through a town in the southern part of the country. More importantly, the Saudi monarch can’t seem to decide whether the end of the regime of Syrian President Bashar al-Assad, to whom he is related by marriage, would mark a strategic defeat for Iran, its archenemy, or would be the next domino to fall in a line that eventually leads to his own kingdom.

Matters have only been made worse for Saudi Arabia by the arrival of the houseguest from hell, Yemen’s President Ali Abdullah Saleh. After weeks of trying to secure his departure from Sanaa, a mysterious explosion in the mosque of Saleh’s presidential palace prompted the rapid medical evacuation of a badly injured Saleh and half of his cabinet to hospital beds in Riyadh. The Saudis like to meddle in Sanaa, but they don’t like Yemen’s troubles coming to Riyadh. And Yemen’s rapid descent into chaos is liable to increase al Qaeda in the Arabian Peninsula’s room to operate in the country, with potentially destabilizing consequences for Saudi Arabia.

Meanwhile, across the waters of the Gulf, Iran looms menacingly — a strategic competitor in both regional and religious terms. Saudi Arabia’s leadership has seen no reason to revise its firmly held suspicions, often supported by fact, that Tehran is a force for mischief and subversion in the region and aspires to nuclear weapon status as well. Iran’s leadership of the Shiite world is as central to its identity as Saudi Arabia’s role in the more populous Sunni community. In a game timed in terms of centuries, Riyadh is increasingly worried that Tehran has control of the ball and has taken the play into its rival’s territory.

And then there’s the Israel-Palestine mess. Prince Turki al-Faisal — who is celebrated in the U.S. media for being the former intelligence chief and former ambassador to Washington, though he was fired from the first job and sidelined from the second — recently waded into this dire situation. In a Washington Post op-ed on June 12, he beat the drum for the Palestinians, writing, “U.S. domestic politics and Israeli intransigence cannot be allowed to stand in the way of Palestinians’ right to a future with a decent quality of life and opportunities similar to those living in unoccupied countries.” Saudi Arabia, he declared, would use its “considerable diplomatic might” to support the Palestinians’ bid for international recognition at the United Nations in September.

As Saudi Arabia’s political world crumbles around it, Prince Turki’s focus on the Palestinian issue is likely an attempt to seize on the one remaining lever of power available to the kingdom. But Turki, “a man of little charm” according to a June 15 Washington Post op-ed, was really beating the drum of his father, King Faisal, who enjoys a stature in Saudi Arabia that his son will never match. “My greatest wish before I die is to pray in Jerusalem,” the late king said in 1974 (never mind that he never bothered to pray there in the years when Jordan controlled the Old City before 1967).

In his column, Turki reminded the world of the so-called 2002 Arab Peace Initiative, which offered peace to Israel in return for total withdrawal from occupied Palestinian and Syrian territories, including East Jerusalem, and a mutually agreed solution of the refugee issue. Although often seen as a deliberate ploy to distract world attention from Saudi involvement in the 9/11 terrorist attacks, the proposal also suffered from Saudi reluctance to follow through on its diplomatic initiative. But especially compared with the muddle of today, it may be remembered as the pinnacle of Saudi foreign policy.

Diplomats often describe their role as searching for the pulse of the countries that they visit. But when it comes to the gerontocracy that is Riyadh, that maxim contains another grim, underlying truth.