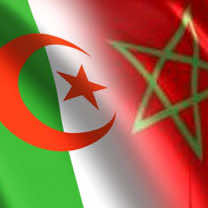 Geneva – The International Development Agency (AIDE) exposed again, on Wednesday before the UNHRC, the sufferings of Moroccan families deported from Algeria, calling on the UN body to restore the legitimate rights of this community.

In 1975, the Algerian government expelled, arbitrarily and without notice, some 45,000 Moroccan families residing legally on the Algerian soil for decades. These families were the scapegoat of a political conflict between Algeria and Morocco over the Sahara, the Agency’s delegate said at the UNHRC’s 17th session.

He added that these families were taken to the border, away from their relatives, and deprived of their properties, underlining that even the sick at the hospitals were not spared.

He noted that recommendations by the Committee on Migrant Workers are still pending in this country.

AIDE recalled that these recommendations call upon Algeria to take the measures necessary to return the legitimate properties of the expelled immigrant workers or compensate them, and facilitate their reunion with their relatives in Algeria.

The Agency’s representative urged the Algerian authorities to fulfill their commitments and redress the injustice they have committed.