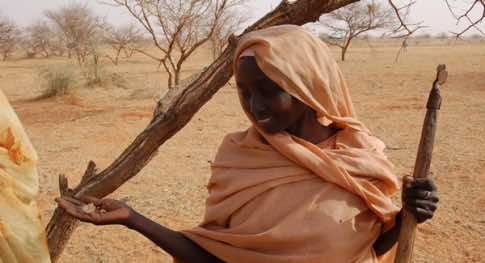 We tend to think that the only natural resource that matters for the industrial world and for the economy of the United States is oil, but the global economy can’t really do without countless minerals excavated from Africa and other continents. One product that is indispensable to the global economy is the obscure commodity of gum arabic. Like the sap that grows in North America’s maple trees, gum arabic, a hardened sap occasionally referred to as gum acacia, after the tree that secretes it, is cultivated and harvested across the whole length of the Sahel, the stretch of African desert that runs from Senegal on the Atlantic Ocean to Sudan on the Red Sea. The tree also grows in the Middle East and other parts of Asia, but it is the Sahel variety that is most prized in international markets. It doesn’t grow in Morocco (where it is known as meska), but one can’t read the medieval and early modern history of this country’s without encountering it. Moroccan merchants made a brisk business of it, importing it from the Niger, Mali, and neighboring places and shipping it to Europe through ports like Mogador.

In most of history, gum arabic has been used for cooking and medicinal purposes, as well as for the making of ink used in illuminated manuscripts. In more modern times, it has found more uses in lithography, photography, pharmaceutical products, cosmetics, flavored and fortified drinks, and in various industrial applications, after the raw material has been processed into a powder substance in French plants and shipped to the United States and other parts of the world. The food and beverage industry relies heavily on it. In fact, Coca Cola is so dependent on it that the U.S. government, as the current issue of Le Monde diplomatique reports, keeps trying to find ways around its own embargoes of the Sudanese economy.  Blacklisted Sudan just happens to produce around half of the Sahel’s best-quality yields in gum arabic.

Like oil, gum arabic has been suspected of financing terrorism, even though it is a vital necessity for the world. In the mid-1990s, the CIA suspected Osama bin Laden of monopolizing the Sudanese trade in that product, and one U.S. Republican senator, testifying in Congress a year before the terrorist attacks of 9/11, said that every time Americans drink a soda, they are unwittingly helping the master terrorist.

When the Bush administration was in the process of imposing sanctions on Sudan in 2007 to stop the killings in Darfur, the Sudanese ambassador to the United States, John Ukec Lueth Ukec, speaking at the National Press Club in Washington, D.C., raised a bottle of Coke and threatened to cripple America’s best-known brand by blocking the shipment of gum arabic. A reporter asked the ambassador whether, by doing so, his government intends to “bring down the Western world.“

Commerce, it appears, does not only engender contact, wealth, and tragedy; it also has strong comedic overtones.

Anouar Majid is Director of the Center for Global Humanities and Associate Provost for Global Initiatives at the University of New England in Maine, USA. He has written many books and articles on the West, Islam, and the clash of ideologies in the modern world.  His work was profiled by Bill Moyers in the Bill Moyers Journal and by Al Jazeera’s Date in Exile (maw`id fil al-mahjar) program. Majid is also a novelist, the author of Si Yussef (1992, 2005), We are All Moors and a Call for Heresy.