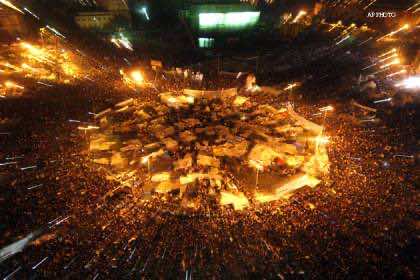 The Supreme Council of the Armed Forces has announced that the curfew that was imposed five months ago would be lifted on 15 June.

The curfew has officially ended as of Wednesday 15 June, five months after it was imposed by former President Hosni Mubarak in a vain attempt to stem the protests against his rule.

The military imposed the curfew on the same day that they took to the streets to fill the security void left by the withdrawal of police from duty nationwide.

During the uprising, which lasted for 18 days,  Mubarak mandated the curfew on 28 January in Cairo, Alexandria and Suez as anti-government demonstrations swelled in each city.

As the protests intensified, so did the curfew — from 11 hours a day and was extended to up to 17 hours per day at some points resulting in extensive damage to the Egyptian economy. It was eventually scaled back after Moubarak was forced out of power, from 2 a.m. to 5 a.m.

As regards the curfew that was recently in place from 2 am to 5 am daily, the armed forces say it has been kept in place since the uprising in January in order to maintain security in light of the spread of violent crime.

On Monday, an official military source said that the decision has been taken to encourage the return of normal life and for the convenience of citizens.