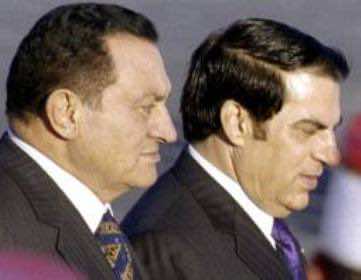 The Paris prosecutor’s office said it had opened the probes on Tuesday.

The two leaders were forced out of power earlier this year following unprecedented street protests against their decades-old regimes and their excesses at a time of economic plight.

France has been working on identifying French assets belonging to Ben Ali ever since he fled Tunisia for Saudi Arabia in mid-January. Paris has already blocked the French bank accounts of the ex-leader and of his aides.

The former Egyptian leader’s personal fortune is estimated between one million dollars and dozens of billions of dollars in cash and hard assets.

The non-governmental organizations Sherpa and Transparency International France earlier this month filed a request to open a preliminary investigation against Ben Ali and his entourage over their assets.