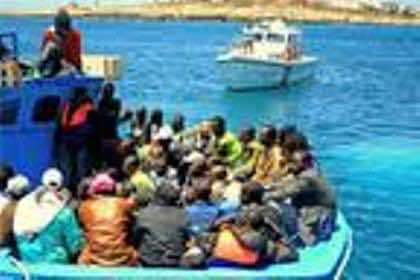 The United Nations Human Rights Council on Friday called for a comprehensive inquiry into allegations that sinking boats carrying migrants and asylum-seekers fleeing unrest in North Africa were abandoned to their fate at sea despite the alleged ability of ships in the vicinity to rescue them.

There have been several reports in recent months of refugees fleeing from Libya in overloaded or mechanically unsound boats drowning in the Mediterranean Sea. Early last month the UN High Commissioner for Refugees (UNHCR) reported that nearly 600 people may have drowned when a boat broke up off the coast of Libya.

In a resolution adopted by the UN Human Rights Council in Geneva, the body expressed sadness over the death at sea of hundreds of people, mostly Africans, and cited accounts of survivors and family members who have stated that more than 1,200 others remain unaccounted for.

The Council voiced alarm that after having been compelled to make dangerous journeys, including in crowded and unsafe boats, the would-be migrants are subjected to life-threatening exclusion, detention, rejection and xenophobia.

It noted that despite efforts by countries of destination on the northern shores of the Mediterranean Sea to host migrants and asylum-seekers fleeing from North Africa, the burden of problem fell disproportionately on neighbouring North African countries.

The Council “reaffirms the need to respect the humanitarian principle of non-refoulement from territorial waters and lands for the thousands of people fleeing the events in the North African region,” according to the resolution, sponsored by Nigeria.

It stressed that, “in a spirit of solidarity and burden-sharing, countries of destination should deal with the arrival of thousands of migrants and asylum-seekers in non-seaworthy boats in a humane way and in compliance with their international obligations.”

The Council requested the Office of the UN High Commissioner for Human Rights (OHCHR) to pay particular attention to the problem.

It also urged the UN Special Rapporteur on the human rights of migrants and other bodies with related mandates to look into the plight of those fleeing by sea, including from North Africa, and who are denied assistance or rescue when approaching the countries of destination, and to report regularly to the Human Rights Council.