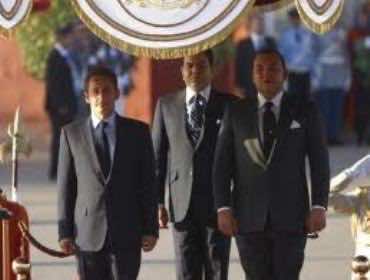 In a statement released by the Elysee Palace, President Sarkozy said the reforms announced, on Friday, in the Royal speech will constitute the “major institutional changes.”

“King Mohammed VI proposed to the Moroccans to adopt democratically, through a referendum, reforms that will constitute major advances with regard to public liberties, individual rights, the strengthening of the rule of law and the recognition of cultural diversity in Morocco,” Sarkozy said.

For him, the important prerogatives granted to the Prime Minister as well as the strict separation of powers will create a new constitutional balance in favor of elected institutions, in full respect of the monarchy

“Through this resolute approach, which is attentive to the aspirations of his people, King Mohammed VI undertakes a path of profound, peaceful and modern transformation of institutions and Moroccan society,” he added.