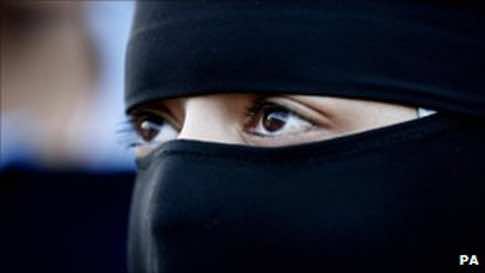 France’s burka ban descended into farce when the first women to be summoned before a European court for illegally wearing the garments were refused entry, because they would not remove their face coverings.

Hind and Najet, who keep their features hidden at all times and refuse to identify themselves beyond their first names, were due to appear before a judge outside Paris.

Both are accused of violating France’s so-called “burka ban”, which came into force earlier this year and prevents anyone covering up their faces in public.

But when Hind, a 31-year-old mother, tried to enter the court building in Meaux on Thursday, police held her back, telling her to take her head-covering off.

Najet, meanwhile, simply stayed at home, with the 34-year-old saying she knew she would be stopped from entering.

“For the hearing to go ahead, you must remove the veil. Justice must be administered in a calm atmosphere,” police commissioner Philippe Tireloque told Hind.

Hind, who had brought her own handcuffs to wear as part of an organised protest at the court, replied: “I’ll keep my veil on at all times. It’s non-negotiable.

“The law forbids me from expressing myself, and indeed from defending myself. It forces me to dress a certain way, when all I want to do is live according to my religion.”

Police are under strict orders not to remove face coverings themselves, meaning Hind was simply told to leave.

Their court appearance was accordingly abandoned, as state prosecutors began trying to work out how they can deal with the challenge to the new law. They are expected to come to a decision in September.

The accused are both from the Paris suburb of Aulnay-sous-Bois, and were arrested in Meaux in May after travelling to an anti-burka ban protest.

They face fines of £140 and an order to attend compulsory citizenship classes, at which they will be â taught’ how to behave as upstanding citizens in a secular republic.

Both deny the charge of covering their faces in a public place, saying the burka ban is “unconstitutional’. The case is likely to go all the way to the European Court of Human Rights, rather than seeing the defendants punished for what they chose to wear.

France is the first country in European to implement a full ban on covering up faces in public.