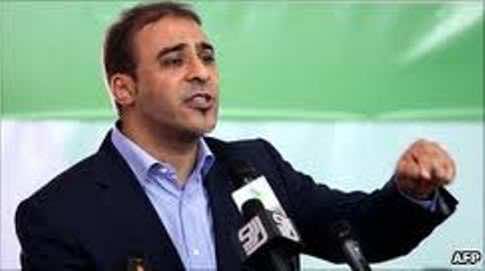 Libyan officials say a number of civilians have been killed in a NATO air strike in eastern Tripoli in the early hours of Sunday morning.

Reporters were taken by Libyan government officials to a residential area in the city’s Arada neighbourhood and saw a body pulled out of the rubble of a destroyed building.

“This is another sign of the brutality of the West.”

There were heaps of rubble and chunks of shattered concrete at the scene, which a large crowd of what appeared to be local residents were helping to clear.

On previous occasions when reporters have been taken to see fresh air raids, the ruins of shattered buildings would typically still be smoking so soon after being hit.

There did not appear to be any smoke at the site that was reported to have been attacked by NATO.

Mike Bracken, a NATO spokesman, denied the Libyan claims. He told Al Jazeera that NATO only targeted a surface-to-air missile site in Tripoli.

If confirmed, the incident would be a blow to NATO’s campaign which is aiding rebels fighting the government of Muammar Gaddafi at a time when the Western alliance is debating how to sustain its mission.

At a local hospital, reporters were shown three bodies, including a child, which government officials said were people killed in the air strike.

One of the bodies was covered with debris and dust. Reporters were also shown a wounded child.

“Basically, this is another night of murder, terror and horror in Tripoli caused by NATO,” Moussa Ibrahim, a government spokesman, said at the hospital. Five families were living in the building which was hit, he said.

It could not be immediately verified whether the three bodies had come from the destroyed building.

The most recent figures from Libya’s health ministry show 856 civilians have been killed in NATO air raids since they began in March. The figure could not be independently confirmed.

Previous government-announced tolls from individual attacks have proven to be exaggerated.

NATO, which has a mandate to protect Libyan civilians, has been stepping up the pressure on Muammar Gaddafi as a four-month uprising devolved into a civil war. It rejects allegations it targets civilians.

Late on Saturday, NATO announced that it had mistakenly struck a column of Libyan rebel vehicles in an air attack near an eastern oil town two days earlier and expressed regret for any casualties that might have resulted.

“We are conducting operations with utmost care and precision to avoid civilian casualties. Civilian casualties figures mentioned by the Libyan regime are pure propaganda,” Oana Lungescu, a NATO spokeswoman, said.

The alliance has accidentally hit rebel forces before in its air campaign to protect civilians in the civil war between Gaddafi’s military and the fighters trying to end his more than four decades in power.

The rebels have also complained that NATO’s raids have not helped them gain decisive momentum against the Libyan leader’s better trained and equipped military.

The alliance statement gave no figures on casualties from Thursday’s raid, but said it regretted “any possible loss of life or injuries caused by this unfortunate incident”.

NATO said its forces spotted a column of military vehicles near the frequent flashpoint town of Brega where forces loyal to Gaddafi had recently been operating and hit them because they believed they posed a threat to civilians.

International military forces have had some trouble in hitting government troops because of their proximity to civilians. Government troops have also used civilian vehicles, making them difficult to distinguish from rebel forces.

A doctor in the nearby city of Ajdabiya said the bodies of four rebel fighters were brought to his hospital around the time of Thursday’s attack, but it was not possible to confirm whether they were killed in the bombardment.

A rebel military spokesman, Abdel-Rahman Abu-Sin, said on Saturday that they appreciated NATO’s efforts and understood the difficulty in differentiating between the two sides along shifting front lines.

After four months of civil war, rebels control much of the east of Libya, the area around the western port city of Misurata and much of the western mountain region stretching to the border with Tunisia.