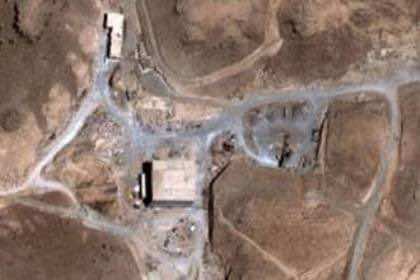 In a move that could have a tangible effect on the diplomatic stalemate regarding United Nations action on the situation in Syria, the Board of Governors of the International Atomic Energy Agency, finding Syria in breach of its non-proliferation treaty safeguards agreement with the IAEA, decided on 9 June 2011 to refer Syria’s nuclear activities to the United Nations Security Council.

In a resolution entitled “Implementation of the NPT safeguards agreement in the Syrian Arab Republic” the Board of Governors decided to report to the United Nations Security Council and General Assembly what it decided was Syria’s non-compliance with its safeguards agreement with the IAEA and to refer all reports of the IAEA Director-General on Syria to the Security Council.

Noting the recent reports of the IAEA Director-General on Syria, the Board of Governors found that Syria’s undeclared construction of a nuclear reactor at Deir al-Zour and failure to provide information about it was “a breach of Articles 41 and 42 of Syria’s NPT Safeguards Agreement”, which would warrant taking action according to the safeguards agreement and the IAEA Statute.

Noting Syria’s “lack of cooperation” with the agency since 2008, after the bombing by Israel of what it claimed was a nuclear site in northern Syria catapulted the issue of Syria’s nuclear activities into world center-stage, the resolution called on Syria to remedy this non-compliance and cooperate with the IAEA’s attempts for verification of the peaceful nature of nuclear activities in Syria. It also called on Syria to sign and implement the Additional Protocol and, until then, to act in accordance with it.

Acting upon the resolution, Mr. Yukiya Amano, Director-General of the International Atomic Energy Agency (IAEA) addressed a letter to Mr. Ban Ki-moon, Secretary General of the United Nations, who in turn forwarded it to the Security Council.

These developments bring to mind developments in 2006, when similar action by the IAEA initiated formal Security Council action on the issue of Iranian’s nuclear activities, leading in about a month to the adoption of the Security Council’s first presidential statement on that issue, which was followed by more action-oriented resolutions.

Regarding Syria’s nuclear dossier, it is still unclear whether there are any initiatives at any level among the members of the Security Council in response to the IAEA’s move, but the issue of Syria’s nuclear activities has come up during deliberations on the possible response by the Security Council to the ongoing violence against civilians in Syria.