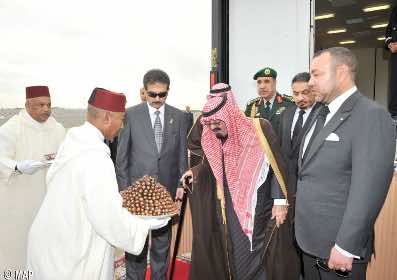 THE ARAB Spring has created a contrast between the Middle East’s autocratic republics, where popular uprisings have been strongest, and its traditional kingdoms, where they have proceeded more slowly. Some of the monarchies are wealthy, sparsely populated, or both, and are adept at buying off their citizens. Rulers tend to have more popular support than the secular strongmen. There is also the counterrevolutionary influence of Saudi Arabia, which in addition to spending tens of billions to quiet its own populace, has been cutting checks or dispatching troops to arrest reform movements in Bahrain and Jordan.

Several of the kings and ruling families nevertheless appear to recognize that the Saudi strategy of bribery and intransigence is unworkable in the longer run. They are looking for a formula that will allow them to satisfy demands for greater freedom and political democracy without allowing a revolution. That’s why Morocco could now become a crucial theater as the Arab Spring moves toward summer. Last week its reform-minded king, 47-year-old Mohammed VI, spelled out a flawed but potentially workable way forward, both for his own country and for other Arab monarchies.

The king proposed a series of constitutional reforms that, while stopping well short of the opposition’s demand for a genuine democracy, would shift power to an elected parliament. After elections, the monarch would be obligated to choose a head of government from the parliament’s largest party, and that leader would in turn select ministers and other senior officials. Parliament itself would be given more powers, and the judiciary would become independent. Constitutional language pronouncing the king “sacred” would be softened.

The king would retain extensive powers: He would command the armed forces, appoint diplomats, ambassadors and provincial governors, and retain the right to dissolve the parliament after consulting with the supreme court — half of whose members he would appoint. A youth-led opposition movement that has been demonstrating in the streets since February was understandably disappointed by the limits of the initiative, and a few thousand returned to the streets of Rabat, the capital, on Sunday.

The Moroccan reform, which will be put to a referendum on July 1, could nevertheless be workable if it is accepted by all sides as the beginning and not the end of a political transition. It could also serve as a model for Jordan’s King Hussein and Bahrain’s King Hamad bin Isa al-Khalifa, both of whom are considering similar incremental measures.

If the process is to work, the Moroccan king and his counterparts must be ready to listen to and compromise with pro-democracy movements, rather than dictate all change from above. They should tolerate and not suppress peaceful opposition demonstrations and speech — something Morocco and Jordan have done inconsistently, and Bahrain not at all in recent months. Most important, measured reforms must have real substance. If Moroccans perceive after the next elections that King Mohammed has not yielded a substantial measure of power to parliament, the threat to his dynasty will only be magnified.