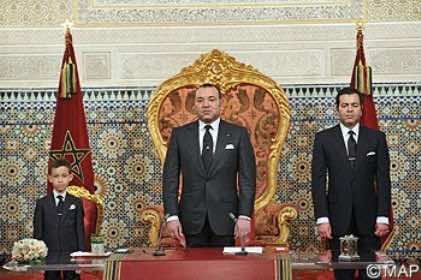 Morocco’s new draft constitution is “revolutionary” as it puts forward “a modern, constitutional monarchy in the mold of Western Europe,” said Tuesday US news channel Fox News in its website.

“On Friday June 17, we got our answer- a modern, constitutional monarchy in the mold of Western Europe,” underlined Fox News, noting that “Morocco seems poised to become a wholly modern state.”

While other countries in the Middle East and North Africa have been hit by violent social uprisings, Morocco, thanks to “the willingness of its far-seeing King”, has met the people’s aspirations “without bloodshed or instability,” said the US channel.

The new draft constitution enjoys a widespread national consensus as the “political parties are united in support for the King’s proposed new constitution,” said the article’s author Charai Ahmed Charai, who sits on the board of trustees of the Foreign Policy Research Institute and The Center for Strategic and International Studies in Washington D.C.

Fox News also highlighted enshrining into the constitution the Amazigh as an official language, with an obligation to take the necessary steps for this to happen in schools and government offices.