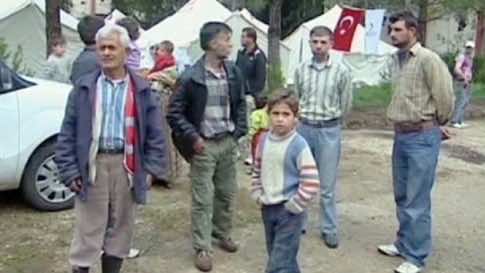 The United Nations refugee agency has found the north-western Syrian town of Jisr al-Shugour and surrounding villages to be virtually empty of their inhabitants during a brief visit to the area where Government forces entered earlier this month and fought with protesters.

“Jisr al-Shugour itself was almost deserted, with most shops shuttered and closed,” Adrian Edwards, spokesperson for the UN High Commissioner for Refugees (UNHCR), told reporters in Geneva as he described what a staff member of the agency saw during yesterday’s visit.

“No displaced populations were encountered, but the fact that Jisr al-Shugour and surrounding villages are empty indicates significant displacement,” he stated.

Syrian authorities have been widely criticised for their often bloody repression of demonstrators calling for democratic reform and greater civil liberties. The protests are part of a broader uprising this year across North Africa and the Middle East that has already toppled the long-standing regimes in Tunisia and Egypt and led to ongoing conflict in Libya.

Secretary-General Ban Ki-moon has taken note of reforms pledged by President Bashar al-Assad in a speech given yesterday, according to his spokesperson, Martin Nesirky.

“He urges the President to carry out these measures without delay and in a way that is both genuine and credible. They should be part of a broad and inclusive process of change and democratization,” Mr. Nesirky told reporters in New York.

Yesterday’s visit to the area was organized by the Government and led by the Syrian military for 150 diplomats, members of the media, and UN agencies. The mission was shown the scene of the battle and did not focus on humanitarian needs, said Mr. Edwards, adding that UNHCR met briefly with staff of the Syrian Arab Red Crescent who described food and medicine shortages in the area.

The unrest in Syria has sent more than 10,000 civilians fleeing across the border into Turkey, where they are being sheltered by Turkish authorities in four camps along the Turkish-Syrian border.

An inter-agency assessment mission to south-eastern Turkey this past weekend was encouraged by what it saw. At the same time, there are concerns that many people are severely traumatized, and that that there are many vulnerable groups needing help – particularly women alone with their children, who represent over 50 per cent of the population.

“Syrian refugees spoke to our team about their fears and trauma,” Mr. Edwards said. “Many had lost family members, who they said were either killed, missing or in hiding. Our team heard accounts of murders, targeted assassinations, assaults, civilians getting killed in crossfire, torture and humiliation by the military.

“Most of these people had lost virtually all their belongings and property. In many cases their livestock were shot, fields were torched, and homes and businesses destroyed or confiscated,” he added.