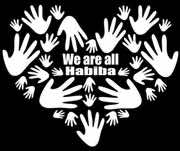 Childcare experts are backing an international campaign to reunite a woman with her child after the infant was removed by Spanish authorities concerned about her “chaotic” breastfeeding patterns.

Madrid’s social services department insisted there were more serious reasons for taking the 15-month-old girl into care, but an official report criticises the mother’s habit of breastfeeding on demand and letting the child sleep in bed with her.

“She uses breastfeeding as a pacifier and a toy , offering her breast any time the girl cries and letting her take it anywhere, no matter the time and context,” says an edited version of the report produced by supporters of the 21-year-old mother, known as Habiba.

These criticisms have angered Spanish paediatricians and also prompted childcare activist Sheila Kitzinger and mothers’ groups in Britain, the US and elsewhere to throw their weight behind the campaign to have the baby, known as Alma, returned to her mother.

“This baby must be returned to her mother as a matter of urgency and should be able to suckle whenever she wants to,” Kitzinger told one of the campaign groups petitioning for Alma’s return.

Alma was taken into care earlier this month and Habiba told to leave a care home for single mothers, despite authorities recognising that “Habiba is very affectionate with Alma … The child is constantly searching for visual reference from her mother and there has been some anxious fear towards the separation”.

The part of the report that has upset campaigners, however, accuses Habiba of instilling “inadequate eating patterns and sleep hygiene” in her daughter.

“She [Alma] does not have proper sleep patterns,” the report said. “Habiba didn’t want the girl to sleep in her cot and she lies with her in her own bed.”

Authorities tried to sort out Alma’s allegedly “chaotic” feeding regime by persuading Habiba to calm the child with dummies rather than with breastmilk.

“We attempted to regularise and limit breastfeeding times, but it did not seem possible, so the possibility of stopping breastfeeding was raised,” the report said. “She was given pacifiers, but she didn’t use them either.”

Senior Spanish paediatricians pointed out that groups from the World Health Organisation to Unicef recommend breastfeeding on demand – exclusively for the first six months and supplemented by other foods up to the age of two or more.

“Habiba’s attitude regarding her daughter, possibly even without her being aware of it, do follow the current recommendations on infant feeding,” said María Carmen Alonso, head of neonatology at Madrid’s Doce de Octubre hospital.

She and and two fellow paediatricians called attempts to replace Alma’s mother’s breast with a dummy “distorted”. “Luckily, Habiba followed her instinct. She continued to breastfeed Alma and continued to do what was best for her daughter,” they said.

Habiba’s habit of taking her baby into her bed also received support from the paediatricians. “Currently, half of the world’s children sleep each night with their parents,” they said. “This practice been shown to be unharmful to babies.”

Madrid’s social services department was unable to confirm or deny the existence of the report criticising Habiba’s breastfeeding habits, but insisted that the committee that decided to remove Alma had received a separate report that mentioned “chaotic” breastfeeding as a relatively minor concern.

Social services sources said Habiba was suffering psychological problems, was aggressive, hurled objects at other young mothers, would go weeks without bathing her child, left the baby on its own in potentially dangerous situations and took her out without proper clothes on. She also had a violent relationship with the child’s father, who had been sent to jail for attacking her but whom she still wanted to live with. She had recently turned down a bed at a centre for victims of domestic violence.

“The Madrid regional government supports breastfeeding, but this case has nothing to do with that and is only about protecting the daughter,” a source said. “The security of her daughter was in real danger.”

The image accompanying this article was created by Louma Sader Bujana / AmorMaternal.com