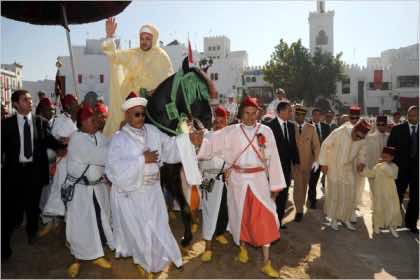 The main challenge facing Morocco is “the separatist plot”, the Head of the Paris-based observatory of geopolitical studies, Charles Saint-Prot underlined on Wednesday in Rabat.

Saint-Prot, who was speaking at a conference on the new constitution, said that preserving the Kingdom’s independence and its territorial integrity from Tangier to the Mauritanian borders is among the nation’s immutable values.

These immutable values, he said,  also include Islam and the Malikite rite which His Majesty the King, Commander of the faithful, ensures the protection against all attempts at extremist interpretations.

The French jurist highlighted the strategic geographic location of Morocco and the key role the Kingdom plays in the region.

He also stressed the need for Morocco to continue launching forward-looking projects such as those relating to renewable energy.