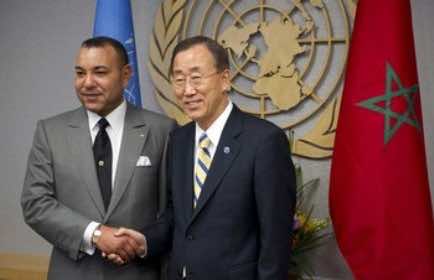 In his first reaction to the constitutional reforms announced By His Majesty King Mohamed VI last Friday, UN Secretary-General, Ban Ki-moon issued a statement today in which he commended the people and the Government of Morocco for the peaceful manner in which they have been conducting the national process of political reforms.

According to his statement, “the constructive role of all national stake-holders, in particular the youth is important, as it is for them to continue to engage in the ongoing process through dialogue and without violence”.

In this regard, the Secretary-General welcomed the constitutional reforms announced by His Majesty King Mohammed VI on 17 June which will be submitted to a referendum on 1 July 2011.  The Secretary-General hoped “the reform process will concretely respond to the legitimate aspirations of the people of Morocco”.