RABAT, June 22 (Reuters) - The Moroccan government and state-owned Credit Agricole du Maroc (CAM) will equally shoulder a multi-million-dollar debt amnesty for 80,000 farmers, a senior official said on Wednesday, the first such operation since 2005. 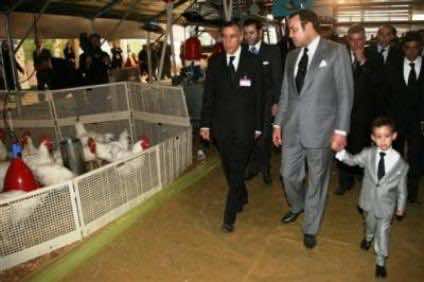 RABAT, June 22 (Reuters) – The Moroccan government and state-owned Credit Agricole du Maroc (CAM) will equally shoulder a multi-million-dollar debt amnesty for 80,000 farmers, a senior official said on Wednesday, the first such operation since 2005.

The plan was announced comes eight days before a July 1 referendum on constitutional reforms proposed by King Mohammed after a wave of street protests.

Anxious to avoid the kind of unrest seen in other parts of the Arab world and worried about increases in global commodity prices, Morocco has in recent months raised salaries and almost tripled to 45 billion dirhams subsidies for food and energy.

Jamaleddine Jamali, CAM’s Secretary General, dismissed any political motivation for the debt amnesty which he said was the first in seven years. Agriculture is Morocco‘s top employer and contributes 14 percent of Gross Domestic Product.

“The king issued orders for this operation in April and we needed time to prepare it … The last time we did something like this was in 2005 after drought hit our agriculture for a few years in a row,” Jamali told Reuters.

“We were encouraged to proceed with these operations by the fact that the last three campaigns have been very good and we have noticed a sharp increase in agricultural investment. We want to encourage farmers to invest,” he added.

CAM’s loans to the agricultural sector doubled to 7.6 billion dirhams between 2008 and 2010.

Without help with their debts, “the beneficiary farmers would have carried on their normal lives,” he said. “There is no social pressure whatsoever.”

In addition to 765-million-dirham ($97 million) in debt amnesty for 80,000 farmers, CAM will reschedule the debt for between 15,000 and 20,000 farmers, cut interest rates and cancel unpaid interest on loans previously granted to farmers.

“We will be lowering interest rates from between 9-10 percent to 7-7.5 percent. This aims to readjust our rates to changes in the local markets,” Jamali said.

The scheme’s impact on CAM will be “easily manageable”, Jamali said. “Our activity is growing and we expect this operation to strengthen this growth”