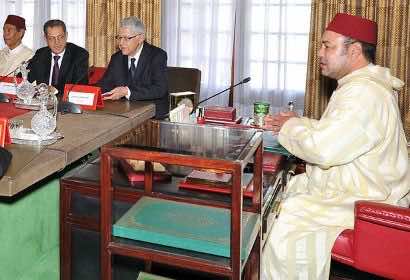 In his June 17 speech, Morocco’s King Mohammed VI paved the way toward a mature democracy. The new constitution that he has called for goes beyond the question of the balance of power between the king and elected officials. It brings the Moroccan state into modernity.

The king’s constitutional reforms will transfer most authority to an elected prime minister, who will have the power to appoint and dismiss ministers and state officials. The new Moroccan parliament, in effect, will have the same powers as representative assemblies of developed democracies — complete with a bicameral legislature akin to U.S. Congress.

The new constitution will also enshrine Morocco’s adherence to universal values, ranging from human rights to the protection of ethnic and religious minorities to fostering economic justice and protecting the environment. It establishes the primacy of international conventions and the necessity of adapting Moroccan laws to them. This is a huge step forward, which promises to safeguard the rights of women, for example, from the dictates of the religious establishment. Finally, the constitutional reforms include the guarantee of an independent judiciary and a new commitment to combat corruption.

Morocco has been praised by observers for its relatively light response to the widespread demonstrations of recent months. In fact, pluralism and tolerance have been a mainstay of Moroccan culture for generations. The state has acknowledged past human rights violations and initiated a process to compensate victims of the regime of the king’s father, who ruled until his death in 1999. The new king promptly committed to turn a new page in Moroccan history — fostering civil society while making amends for past wrongs.

These reforms were hailed in their time, but a decade later, more ambitious steps have begun. The need to do so became evident after the 2007 elections, when voter turnout dipped to 37 percent, indicating that the population felt disenfranchised. A year later, the Socialist Union of Popular Forces, the country’s oldest opposition party, called for a parliamentary monarchy at its annual congress.

The February 20 protest movement has thus acted as an accelerator, not a catalyst. Unlike in other Arab countries, most protesters did not call for the fall of the monarchy, but simply demanded the end of absolutism and corruption.

For the most part, police did not intervene to break up these protests. It was only when radical Islamists sought to hijack the demonstrations that the security services intervened. When one protester died of injuries stemming from a confrontation with police, the counsel for the king opened an investigation and censured the National Brigade of the Judiciary Police, an elite police structure, calling for changes in police policy.

Morocco’s protest movement is heterogeneous. Most mainstream political parties support it, lending legitimacy and organizational structure to the young leadership. But other elements are also involved, notably the Islamists of al-Adl wal-Ihsan and the Maoists who belong to a party called an-Nahj. The former are in principle banned but tolerated, while the latter are a legal party.

These two currents are anti-monarchical. The Islamists, supporters of Sheikh Abd al-Salam Yasin and proponents of a pan-Islamic caliphate, believe that democracy can be used to achieve their ends — but see it only as a steppingstone to achieve their ultimate goal. The Maoists want an anti-capitalist revolution. These two movements are a minority of the protesters, though al-Adl wal-Ihsan is a structured organization with a membership thought to be in the tens of thousands.

In endorsing many of the demands of the majority of protesters as expressed in the February 20 movement, the monarchy has gained the momentum in the ongoing debate about democratization. Although it will be necessary for Morocco’s democracy activists to maintain pressure on the king to make good on his promises, Morocco’s future belongs to those who are calling for a parliamentary monarchy rather than those who embrace an Islamist or anti-capitalist vision for the country.

While the past year’s events have clearly highlighted the antagonistic relationship between the people and their rulers in many countries across North Africa and the Middle East, the king’s guarantees of constitutional reform show that Morocco is indeed a special case. The protest movement in the kingdom is not calling for an end to the regime because there is already a political outlet, within the framework of the present system, for them to air their complaints. In Egypt and Tunisia, by contrast, protesters had no hope that their grievances would receive a hearing and could only demand an end to the regime.

Morocco’s king may not be perfect, but he has by and large heeded the street’s calls for real change. If only other monarchs in the region would do the same.

*Ahmed Charai is publisher of the Moroccan weekly magazine L’Observateur and of the French edition of Foreign Policy.