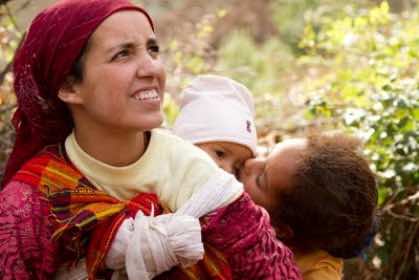 While Morocco forges ahead in investment in industry, tourism infrastructure and technology, the country’s record on provision of health facilities lags behind. In 2007 the World Health Organisation reported that Morocco’s health expenditure appears insufficient to ensure access to an acceptable level of care. Currently, around 78% of expenditure favours urban hospitals and clinics. In addition, 18% of the population does not have access to drinking water, 25% of rural populations are located more than 10km from the nearest health facility and 35% of Moroccans do not have access to essential drugs. And importantly, maternal mortality remains a problem with somewhere between 132 and 228 maternal deaths per 100,000 live births.

Afrique en Ligne reports that Moroccan nurses and midwives have called for attention and appreciation for their roles in society. In the Moroccan kingdom, although the number of midwives has increased significantly from 1,400 in 2008 to about 3,000 today, it is considered too low for a population of about 35 million. Despite this, Moroccan birth attendants say the Ministry of Health and civil society activists do not seem to give this profession and those who practice it the recognition they deserve.

Midwives particularly are reeling under the burden of underpayment, the lack of respect for their profession, the non-provision of facilities, like ambulances, and the absence of gynaecologists during childbirth complications.

The Chief Midwife in a maternity centre in Rabat, Mme H. Fatima, says that the conditions under which the profession is practised in Morocco is deplorable. Among the many ills facing Moroccan midwives, Fatima pointed out the low wages paid out to her colleagues considering the long hours they put in daily. She said that a midwife could work sometimes between 12 hours and 24 hours per day in Morocco. She deplored the non-allocation of ambulances to maternity centres and the absence of a gynecologist, whose services are necessary during complications in childbirth.

Besides the obvious lack of qualified human resources and equipped maternity centres, Fatima also listed the need to provide emergency training for midwives in ultrasound techniques, so they can play their role fully, essential in safeguarding the lives of mothers and children.

With this relatively high risk of death during childbirth, Morocco faces a major challenge, given the large number of women giving birth without any medical supervision, especially in rural areas.

According to the Moroccan Minister of Health, Yasmine Baddou, her department has set a target to have 500,000 births taking place in an effectively-assisted environment by 2012 and in the longer term, a national programme to reduce maternal mortality to 50 deaths per 100,000 births.

Baddou, while recently responding to questions from MPs, also stressed that additional training programmes for the midwives would be conducted and recalled that since 2007, only 700 midwives and 63 obstetricians had been hired.

According to a 2009 UNICEF report, Morocco occupied the 81st position worldwide in deaths of children under five years, which is 34 cases per 1,000 in 2007 and 26 per cent of childbirths in the kingdom take place without any supervision of midwives and medical examination.

Fatima recalled that long ago, the midwifery profession was practiced by old women who had managed to learn some techniques on the job, while present-day workers are currently required to hold a university degree and to undergo a three-year training before being qualified to practise. However, only with recognition of midwives as competent, skilled and valued partners can midwifery practice in Morocco progressively evolve into women-centred maternity care.