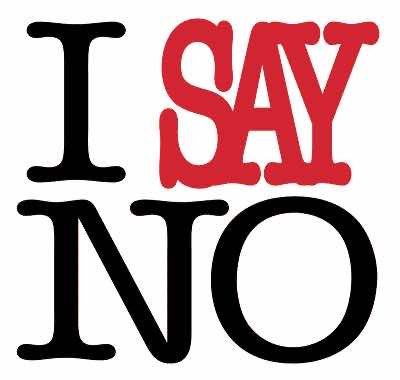 The people have not been consulted and the government is still subject to the king’s whim. This is not a ‘reformed’ constitution

While bringing some improvements, Morocco’s proposed new constitution takes us back to the same institutional structure for the country. It matches neither Moroccans’ aspirations nor the new regional context.

Reform of the constitution has been conducted in an anti-democratic manner, quite unlike what the king, Mohammed VI, claimed in his speech on 17 June. The ad hoc commission tasked with preparing the new constitution was appointed by the king and composed almost entirely of men and women whose loyalty was to him.

The palace, deaf and blind, chose to royally ignore the wave of contestation that pushed him to reform and leaned on an aging and subservient political class, which in any case had never asked for change.

It ignored the protests of the 20 February movement, which rejected this imposed process and considered that the conditions necessary for the drafting of a democratic constitution were not met. Self-assured and arrogant, the regime stubbornly continued in this vein.

This “consultative” approach turned into a farce when the commission refused to allow the heads of political parties to see the draft constitution, finally allowing them only 24 hours to prepare their remarks. This reform has been concocted in secrecy, without real concessions, and under the strict supervision of the king’s political counsellor. These are the facts.

The palace followed this approach to its logical conclusion. At the end of the exercise, we were presented with a fait accompli, particularly as the new constitution is being put up for a referendum as a whole and not on a per-article basis. The result is therefore disappointing.

It must be acknowledged that the draft presented by the king includes some improvements. The preamble of the constitution, lyrical and replete with homilies, recognises for the first time the diversity – of culture and heritage – of Moroccan society. Amazigh is recognised as an official language, answering a historic demand of the regions of the north. The constitution guarantees in its text a number of rights and freedoms, starting with the right to life and freedom of speech. One cannot but think that the current constitution already guarantees such rights, without really implementing them.

But where we most keenly expected change, the constitution disappoints most severely. With regard to the draft, I had planned to judge on only one criterion: the creation of a parliamentary monarchy and the limitation of the king’s powers, since I considered the other improvements as born out of common sense and self-evident.

For me, it’s clear: we were under a powerful monarchy in which the king was the head of the executive, and we will remain under the same system with some superficial changes.

He heads the council of ministers (Art 48, although he can now delegate this function to his liking on specific occasions) and is therefore still the head of the executive branch of government. He is the commander of the armed forces (Art 53), appoints military personnel and can delegate this function (Art 53), approves civil service nominations via his presidency of the council of ministers (Art 48), appoints and accredits ambassadors (Art 55), signs and ratifies international treaties (Art 55, with conditions). He addresses parliament still with no right of reply (Art 52), presides over the October opening session of parliament (Art 65), and can dissolve the chambers of parliament (Art 51). He approves the nomination of judges (Art 57), can grant pardons (Art 58), presides over the Higher Council of the Judiciary (Art 56), the National Security Council (Art 54) and can declare a state of emergency (Art 59).

To summarise, even when he does not keep his current prerogatives, the king retains power over the head of government as he must give his direct or indirect consent over all decisions through his presidency of the council of ministers and the National Security Council. Not a single government decision can be promulgated with the king’s approval, and when he may delegate his powers this remains entirely according to his whim.

Because of this, he remains directly and indirectly, for all intents and purpose, the head of government and retains the first and last word with regards to public policies and the state’s direction. We can even wonder what is the point of nominating a head of government from the largest party in parliament, whatever its political ideology, when he must have the consent of the king in his policy. We are far from a parliamentary monarchy and more or less in the same configuration of an executive monarch without whom nothing can be decided. And they call this progress!

My personal national duty is to reject this constitution because it leads us to an identical institutional infrastructure for the country, one in which the king still both reigns and governs. It is to reject because it does not bring the deep renewal that could bring real change to the country’s political practice and because universal suffrage will continue to have little impact on the country’s governance. It is to reject it because it does not meet my hope of seeing the creation of a parliamentary monarchy. My national duty is to reject a reform that, the day after the referendum, will leave Morocco facing the same problems of absolutism and arbitrary rule.

• This is a shortened version of the article, which was originally published in French