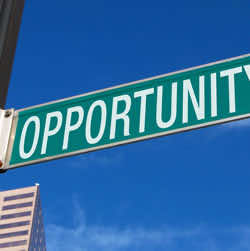 June 23, 2011- Governments from Morocco to the Gulf are rushing to create jobs for their millions of young people in the wake of violent unrest in a succession of Arab countries. At the same time, multinational and local businesses are struggling to find skilled labor.

Nearly two-thirds of Egyptians, in a recent poll, cited lack of jobs and poverty as the primary reason they supported the revolution.

But at the top, companies fight for the region’s highly skilled workers, those equipped with both the technical and the soft skills needed to compete on international markets.

“Those that are around are snapped up,” said Francesca d’Arcangeli, a Cairo-based managing partner at Boyden, the executive search firm.

If political stability returns, the recent revolutions in the Arab world could boost regional growth by reducing corruption and creating more inclusive systems that help the middle class. But developing better education systems to fill the skills gap has long been one of the region’s toughest challenges.

The revolutions have also accelerated companies’ push to localise their staff, either by hiring local people to fill positions that used to go to executives from Europe, or hiring expatriates already working in the region.

Local staff are better able to work in Arabic and, in most Arab countries, are cheaper than expatriates – and they are less likely to leave at moments of political stress. In Egypt, for example, companies evacuated their foreign staff when the unrest spread – as they did, though to a lesser extent, in Bahrain.

“With a predominantly expatriate workforce, they’re always going to go home at some stage, so what happens if everybody is forced to leave for one reason or another and that leaves an unmanageable gap in the skill set?” asks Craig Pointon, managing director in the United Arab Emirates at executive search firm Carmichael Fisher.

On the other hand, troubled times can make local people less inclined to leave. For example, Ms d’Arcangeli says the revolution In Egypt has made the task of hiring local people slightly easier: “Especially at the moment, some high-potential Egyptians want to stay home and be part of what’s going on.”

Other Egyptians are coming home from overseas, she says, looking to “do good for the country”.

Returnees can be good news for businesses. Actif Invest, a real estate investment fund in Casablanca, Morocco, benefits from most of its partners being Moroccans who have spent time in France, the US, the UAE and elsewhere studying and working. Familiar with their country and fluent in its languages, they brought back with them skills learned overseas that are hard to find in Morocco.

Nawfal Bendefa, managing director, himself returned to Morocco after 14 years abroad, including university in Florida and a long stint working with Marriott Hotels.

In the Gulf, on the other hand, the relatively small local workforces mean companies rely on foreign labour, but companies are increasingly interested in expatriates who already have significant local experience or contacts, say recruiters.

Five years ago, as companies raced to fill new offices, a lawyer with an impressive CV and an idea that Dubai could be interesting might have been a strong candidate, says Louise Wall, a managing consultant with legal recruiter Laurence Simons.

Today, she says, with the Dubai market still recovering and more mature, companies can be choosy and need to be convinced to bring in someone new from abroad.

As Gulf nationals still comprise a fraction of the workforce, the unrest has pushed some governments to remind foreign companies that they are required to employ a set quota of national employees. Saudi Arabia, the Gulf nation with the most unemployed citizens, recently announced penalties for businesses failing to employ sufficient numbers of Saudis.

“[Employers] find the skills available now but they say, ‘If I want to develop, how sure can I be to find a skilled labour force to go along with my development?’” says Fathallah Sijilmassi, general manager of the Moroccan Investment Development Agency. “We are aware of it. We are working on it. It’s a major challenge.”

In Rabat, a group of Moroccans, including many from abroad, founded the International University of Rabat, Mr Sijilmassi says, to offer technical courses that would prepare students for fields such as engineering.

Nile University, a non-profit university focused on teaching Egyptian students to conduct science and engineering research, was similarly launched a few years ago in Egypt, says Hazem Ezzat, the university’s chief research officer who speaks with a soft US accent picked up during his years at General Motors in Michigan.

“Egypt exports services, but they’re all at the low end of the value chain,” he says. “Call centres are not the epitome of hi-tech.”

Smart companies in the region, says Ms d’Arcangeli, are creating training programmes to develop their own talent.

That is what PwC Advisory in Casablanca had to do, says Yann Assor, a director at the firm. The local labour market in financial services is relatively illiquid – the few specialised workers in the field already have jobs and are hard to poach, he says. So the company expands the pool of talent by hiring well-educated graduates and offering more training than they would in their French offices.

After that, he says, “the point is to keep them”.

In the Gulf, too, where the local talent pool is small and commands premium salaries, international companies find that offering training programmes can help expand the pool of potential employees.

Oliver Wyman, the consultancy, found strong interest in the UAE among local professionals in a short programme the firm created to teach a group of young Emiratis about management and business.

“Our business comes from Emiratis over the long term and having a great network and being corporate citizens helps us,” says John Turner, an Oliver Wyman partner in Dubai.

For those companies able to find sufficient local talent, the revolutions have made them optimistic that the fall of old regimes could clear the way for growth and let countries build on their natural advantages – in Egypt, for example, a large home market that could drive consumption or, in Tunisia, its proximity and ties to Europe.

“We’re going to see a boom of hiring engineers and others within the next 12 months,” says Mr Mekki. “We’re just being patient about getting to know more about how the democracy is going to go through.”