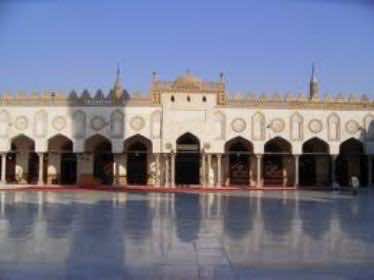 The Grand Imam of Al-Azhar, Ahmad al-Tayeb, the country’s highest religious authority and  the world’s most important seat of Sunni learning issued  a statement titled “Al-Azhar Document” to outline the institution’s vision on key political, social and economic issues that have been subject to raging debates across the country for months.

Sheikh Ahmed El-Tayeb, met with intellectuals from various backgrounds and religious scholars as part of a dialogue that issued in the publication of a document setting out the institution’s political position.

The Document contains 11 main articles, according to the document, Al-Azhar supports “the establishment of a modern, democratic and constitutional state” in Egypt that will observe the separation of powers and will guarantee equal rights to all citizens.

This document is the first for 150 years that has introduced a comprehensive project stemming from Egyptian identity and Islamic culture.

The document, which aims to define the relationship between the state and religion at this important moment in the country’s history, says that the principles of Islamic Sharia law are “the basic source of legislation” in Egypt, while adding that Egyptian citizens who are not Muslim should refer to their own religious traditions in deciding matters relating to personal status law.

The document also affirms the rights of non-Muslims concerning their places of worship as it calls for respect to be shown to the three monotheistic religions as well as for protection of their places of worship. “All citizens should have the right to practice their religion”, the document says, warning of the dangers of instigating sectarian rifts, which it describes as a “national crime”.

The second article of the document declares that Al-Azhar embraces democracy, based on a free and direct ballot, which represents the modern formula of the Islamic precept of “shura” (or consultation”. Democracy as such guarantees multi-pluralism, circulation of power and accountability to the people.

Then the document confirms that Al-Azhar fully respects the ethics of opinion and counter-opinion and of dialogue. And that Al-Azhar is committed to all international covenants, decisions and achievements in consistency with the tolerant Arab and Islamic culture and that the Egyptian people gives a good example throughout ages of their peaceful co-existence they introduced to humanity at large.

The document also asserted that Al-Azhar is giving priority to women and children’s rights and insisting on the necessity of the separation of powers and the independence of the judiciary.

The document guaranteed that Al-Azhar is also keen on upholding freedom of artistic and literary expression and creativity within the context of “our established cultural values”.

El-Tayeb reiterates calls for future grand sheikhs of Al-Azhar to be elected by a council of scholars versed in Islamic Sharia law.

One of the most important articles of the document for the time being says that Al-Azhar believes that achieving development and social justice, battling oppression and corruption, eliminating unemployment and providing health care should top our priority list for achieving revival.

Al-Azhar believes that Egypt should contribute to Man’s noble efforts towards advancing humanity, protecting the environment, achieving just peace among all nations; all this while supporting the rights of the Palestinian people, maintaining the independence of Egypt’s will and striving to regain its historic leading role.