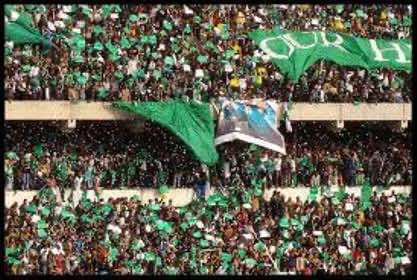 Three other national team players and the coach of Tripoli’s top club al-Ahly, Adel bin Issa, have also defected, in what the BBC described as “clearly a propaganda blow” for Gaddafi in “football-mad North Africa.”

Gaddafi “has done nothing since he took over,” Gtat said in an interview with the BBC through an interpreter, broadcast on the British media group’s website.

“There is no proper infrastructure… there is no health care…. This is because of the bad regime we had for the last 42 years,” he said from a hotel in the rebel-held Western Mountains.

“I tell him (Gaddafi), leave us alone and leave the Libyan people (to) enjoy their life in new Libya, Libya for freedom.”

Football coach Issa said he wanted “to send a message that Libya should be unified and free,” adding that he hoped “to wake up one morning to find that Gaddafi is no longer there,” he added.