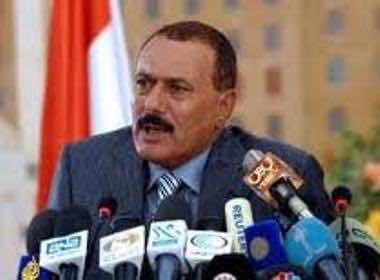 President Ali Abdullah Saleh, who is hospitalised in Saudi Arabia for injuries sustained in an attack, is over as a leader but his regime remains, a key opponent said in statements published Saturday.

“Saleh, as a person” is no longer a political player in Yemen, Yassin Saeed Noman, who heads the Common Forum grouping of parliamentary opposition parties, told the Saudi newspaper Asharq al-Awsat.

“But I think the regime is still present,” he said when asked to comment on the status of the veteran Yemeni president.

Saleh has not appeared in public since he was flown to Riyadh to be treated for wounds sustained on June 3 when a bomb exploded as he prayed at a mosque in his palace in Sanaa, raising doubts over the possibility of his return.

His absence has hiked up internal and international pressures on Vice President Abdrabuh Mansur Hadi to assume power.

Youth protesters, who have protested against Saleh’s rule since January, have demanded that Hadi form an interim ruling council to crush any hopes of the president’s return.

“A transfer of power to the vice president is the best way for a national consensus in the country,” said Noman.

Otherwise, “it will be difficult to ignore the option of forming the interim ruling council demanded by the people,” he said.

The Common Forum will continue to push for “transferring power to the vice president and forming a unity government that would pave the way for a comprehensive national dialogue,” he added.

Hadi’s grip on power is seen as shaky as Saleh’s relatives continue to run main security systems. Key among them is his son, Ahmed, who leads the elite Republican Guard.