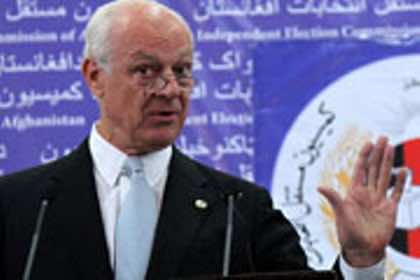 The top United Nations official in Afghanistan has voiced outrage at a bomb attack earlier today at a public hospital in the country’s east that has killed dozens of people.

Media reports indicate that many people were killed or injured following the apparent suicide bombing at the hospital in Azra district of Logar province, southeast of the national capital, Kabul. Much of the hospital was reduced to rubble in the attack.

In a statement issued in Kabul, the UN Assistance Mission in Afghanistan (UNAMA) stressed that attacks against hospitals and medical workers are strictly prohibited under international humanitarian law.

“This is a despicable attack against civilians who were seeking medical care, as well as visiting family members and healthy workers,” said Staffan de Mistura, the head of UNAMA and the Secretary-General’s Special Representative for Afghanistan.

“Much of the damage was in the maternity ward of the hospital, and many of those killed and injured were women and children,” he added.