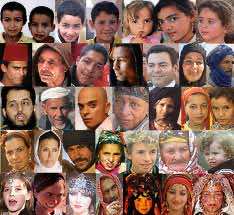 As the historic July 1 referendum approaches, Moroccans at home and around the world are preparing to vote on far-reaching Constitutional reforms to strengthen Morocco’s democratic institutions and establish it as a constitutional monarchy. Announced June 17 by His Majesty King Mohammed VI after months of input from Moroccan citizens and civil society, the reforms are continuing to win praise from world leaders and policy experts as a positive example of change in the ongoing turmoil of the Arab Spring.

In Morocco, the campaign for the referendum is already underway, with most mainstream political parties and civil society groups backing a “yes” vote on the historic reforms. To facilitate participation for registered Moroccan voters living abroad, Morocco will open more than 520 polling stations worldwide at embassies, consulates, and community centers.

Meanwhile, recognition continues from the international community. United Nations Secretary General Ban Ki-Moon welcomed the reforms and commended “the people and the Government of Morocco for the peaceful manner in which they have been conducting the national process of political reforms.”

Arab League Secretary General Amr Moussa praised Morocco’s reforms as “an important step on the way to securing the pillars of democracy,” which “we hope it will continue and deepen in the coming period.” These statements of support join earlier praise from the United States, European Union, France, Britain, Spain, and Council of Europe, which made Morocco its first “partner for democracy” in the region.

Favorable reaction also continues from policy experts. “The Arab Spring has broken out in Morocco,” said David B. Ottaway, Senior Scholar at the Woodrow Wilson Center, who called the “new constitution requiring an elected rather than an appointed prime minister, the first such step in any of the eight monarchies or even most of the democratic republics of the Arab world.”

Lead editorials in U.S. newspapers have called attention to Morocco’s reforms as an example for the region. “Morocco could now become a crucial theater as the Arab Spring moves toward summer,” said the Washington Post. “The Moroccan reform, which will be put to a referendum on July 1… could also serve as a model for Jordan’s King Abdullah II and Bahrain’s King Hamad bin Isa al-Khalifa, both of whom are considering similar incremental measures.”

The Wall Street Journal said that while “the brightest expectations of the Arab Spring have crashed with the bloody crackdowns in Libya, Syria, Yemen and Bahrain,” the “news out of Morocco last weekend offers a timely glimmer of the potential upside in this tumultuous year.” It noted Morocco’s leader, “King Mohammed VI, responded to demands for democracy with political reform, not tear gas and bullets,” adding “If Moroccans seize this opportunity, they could set a favorable example for the rest of North Africa and the Middle East.”

In The Hill, former U.S. Ambassador to Morocco, Edward Gabriel, said Morocco has, “taken an unprecedented step in the Arab world to advance a vision of democratic governance and social equality that others in the region would do well to emulate.”  He added, “The fate of these amendments is now up to the people of Morocco. But it is also now time for the U.S. to make clear to our oldest friend and ally that we will stand behind their courageous and unprecedented effort.”

For the Full Text of His Majesty King Mohammed VI’s June 17th speech, go to: http://www.map.ma/eng/sections/main1/hm_the_king_addresse/view

The Moroccan American Center for Policy (MACP) is a non-profit organization whose principal mission is to inform opinion makers, government officials and interested publics in the United States about political and social developments in Morocco and the role being played by the Kingdom of Morocco in broader strategic developments in North Africa, the Mediterranean, and the Middle East.  For more, please visit www.moroccanamericanpolicy.org.

This material is distributed by the Moroccan American Center for Policy on behalf of the Government of Morocco.  Additional information is available at the Department of Justice in Washington, D.C.