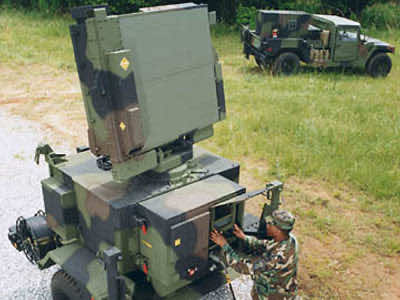 The government of Morocco is looking to purchase eight Raytheon AN/MPQ-64F1 Sentinel air surveillance radars for approximately US$67 million.

The AN/MPQ-64F1 Sentinel low altitude air surveillance and air defence radar is a 3D, phased array X-band unit capable of automatic target detection and tracking. The towed radar has a range of around 40 km and can detect targets from cruise missiles to unmanned aerial vehicles and helicopters. It serves as the primary air defence radar in the US Army, according to Raytheon.

“Morocco is one of the most stable and pro-Western of the Arab states, and the US remains committed to a long-term relationship with Morocco,” the said in a release. “The proposed sale of Sentinel radars will greatly enhance Morocco’s interoperability with the US and other NATO nations, making it a more valuable partner in an increasingly important area of the world.”

Morocco is in the process of upgrading its armed forces and is buying large amounts of military equipment, including fighters, trainer aircraft and frigates.

Late last month Hawker Beechcraft announced it had delivered 12 of 24 T-6C turboprop trainers to the Royal Moroccan Air Force (RMAF). The T-6C is an improved version of the T-6B Texan II featuring key upgrades such as an integrated glass cockpit, advanced avionics suite and wing hard-points that can accommodate auxiliary fuel tanks or bombs. The RMAF ordered the airplanes under a US$185.3 million contract announced in September 2009. The T-6C is replacing the turboprop Beechcraft T-34 Mentor and Cessna T-37 Tweet jet trainer in RMAF service.

The RMAF is also purchasing 24 Block 52 F-16 Fighting Falcons from Lockheed Martin, fitted with Pratt & Whitney F100-PW-229 Enhanced Engine Package engines and Raytheon ACES electronic warfare suites. Initially the deal was estimated to cost US$841 million, but could end up being more.

In July last year Alenia Aeronautica delivered the first of four C-27J Spartan transport aircraft, which were ordered in October 2008.

Meanwhile at sea, the Royal Moroccan Navy bought three SIGMA (Ship Integrated Geometrical Modularity Approach) multi-mission frigates in April 2008 from Damen Schelde Naval Shipbuilding. The first frigate, pennant number 613, was successfully launched in July 2010 and the second rolled out in February this year. The third frigate is set for launch this October.

The vessels are be fitted with a 76mm Oto Melara main gun, as well as MBDA Exocet surface-to-surface and MICA surface-to-air missile system, the latter using vertical launch. The frigates will further have flight decks and hangar accommodation for a medium-sized helicopter and be fitted with Eurotorp torpedo launchers.

In addition, Morocco has on order a French FREMM multipurpose frigate, scheduled for delivery next year. The current fleet includes two Floréal-class frigates and a Descubierta-class corvette in addition to some 21 patrol craft and a number of other ships and vessels. Four more patrol craft are also on order.