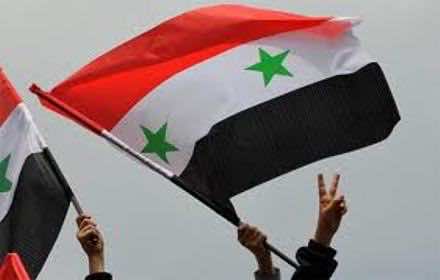 Members of Syria’s opposition in exile said they would use a visit to Moscow on Tuesday to urge Russia to condemn a violent crackdown on protests in the Middle Eastern nation.

Opponents of Syrian President Bashar al-Assad were due to meet Moscow’s Africa envoy Mikhail Margelov, who has been involved in Rusian efforts to mediate in North Africa and the Middle East — regions that have been hit by a wave of popular uprisings.

Rights groups say 1,300 civilians have been killed in demonstrations in a three-month revolt against Assad’s rule.

Syrian authorities say more than 250 soldiers and police have died in clashes provoked by militant groups.

Russia has urged Assad to follow through faster on promised reforms, but has opposed Western efforts to condemn his crackdown in the U.N. Security Council and echoed his claims that extremists are to blame for some of the violence.

“We want to persuade the Russian authorities to stop protecting and defending the Syrian regime,” the Russian daily Kommersant quoted Mahmoud Hamza, a Syrian opposition representative based in Russia, as saying.

Russia’s Foreign Ministry said the Syrian opposition representatives, based in Russia and other countries outside Syria, were coming at the invitation of a regional cooperation society chaired by Margelov and that no official meetings were planned.

But members of the delegation said they hoped to get a clear message across.

“Russia should be on the right side of history, otherwise it will be much harder for it to build relations (with Syria) in the future,” Kommersant quoted delegation leader Radwan Ziadeh, head of the Damascus Centre for Human Rights, as saying.

“By opposing a U.N. Security Council resolution on Syria, Russia is supporting a criminal regime,” he said.

Veto-wielding Security Council member Russia, which has long faced Western criticism over its treatment of political opponents, is wary of setting a precedent for international involvement in what its says are nations’ internal affairs.

Last week, Foreign Minister Sergei Lavrov said both Russia and Western nations should urge the Syrian opposition to enter talks with the government on proposed reforms.

Some of Syria’s leading intellectuals called on Monday for sweeping political change that could end 41 years of Assad family rule, at a rare conference allowed by the authorities under pressure from the uprising.

The Syrian government also announced that it would invite opposition figures to July 10 talks to set the framework for a dialogue promised by Assad, and that constitutional changes would be on the agenda