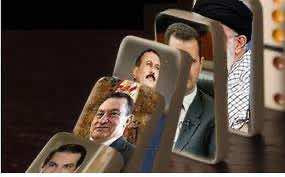 June 28, 2011- When the king of Morocco announced plans for a new constitution last week, Fox News hailed it as “revolutionary.” A leader of the largest Islamist party in Morocco’s parliament, the Party of Justice and Development, called it a “huge step for democracy.” The official Moroccan press agency opted for the term “landmark for democracy.”

With Libya at war, Syria mired in brutality and Egypt and Tunisia in a holding pattern, it’s hard not to be smitten by an Arab leader who, in the relative calm of stability, takes to television and announces a new constitution, the first in 15 years. But this effort sadly falls dramatically short of real reform. The protesters on the streets of Morocco these past three months have not been asking for incremental, administrative change (the kind this new draft promises). Instead, they have been calling for a brand new political system, one where the king ruled symbolically, and the elected government did something revolutionary: It governed.

The Moroccan regime is selling this new draft constitution by celebrating the birth of a new “constitutional monarchy,” but buzzwords are meaningless without accompanying reform. Early on in his term, King Mohammed VI referred to himself as the “Democratic Executive Monarchy.” His father and predecessor, King Hassan II (who ruled for 38 years) often opted for the label “Hassanian Democracy.” The promise of democracy was heralded, but never fulfilled.

The king of Morocco’s main working office is located behind the towering ramparts of the royal palace in downtown Rabat. Two government epartments are also headquartered behind these walls: the Royal Armed Forces and the Ministry of Islamic Affairs. This architecture provides, in raw structural terms, a window into Moroccan rule: the king as commander of the military and “commander of the faithful.” The new draft constitution will not alter this fundamental setup. In fact, it cements the monarch’s omnipotence, securing his place as military, religious and political leader. An old Moroccan saying reflects this continued reality: “Three things cannot be overcome: fire, flood and the Makhzen (palace).” The constitution could have offered a political system strong enough to check the raw power of the monarchy. But it didn’t.

News reports have honed in on one amendment in particular. The king promised that the prime minister would actually come from the top finishing party (this hasn’t always been the case). CNN called this the new constitution’s “most radical change.” But after the 2002 elections, the king already said that he would do this. Sure enough, following the last elections, in 2007, he appointed the head of the Istiqlal party (the top vote getter) to that position. Such a move did little to enhance the office then and, sadly, it will do little now.

Yes, the parties will now have more legislative maneuvering room — more influence within committees, more say in appointments — but the king still hovers above all. (The graph at this link displays this power structure better than any written description ever could.) The new prime minister — the office that some had falsely promised would be a “super prime minister” — will be busier. But there is a catch: most of the time, he will still need the king’s sign off. The PM can dissolve the lower house of parliament, but only after getting approval from the king. The king will still chair the Council of Ministers, but can delegate to the PM only if he abides by a certain agenda. The king will also still have final say on most major appointments, including that of influential governors.

The process by which this new constitution came about is itself telling. The king unilaterally appointed the draft writing committee, personally handpicking the representatives. He then diverted from their rumored findings, and set the date for referendum on his own. Moroccans were supposed to have until September to study and make up their mind about the draft; now they have less than two weeks. An entire nation (including the more than 40 percent who are illiterate) will have to digest 180 new articles in less than 13 days.

The debate over the constitution promises to be one sided. Press freedoms in Morocco remain severely restricted. A week before the king’s speech, a popular journalist was sentenced to one year in prison for publishing articles that offended the monarchy. (Two days after the speech, protesters campaigning for even greater reforms were allegedly beaten by pro-government forces.)

Many in Morocco, particularly current members of the establishment, have suggested that the changes are a move in the right direction. One politician said that the country will probably need another constitution in 15 years, but that it should take things slowly and not rush democracy. But this smacks of pre-Arab Spring paternalism: that young Arabs somehow aren’t yet ready for democracy. Protesters have made it clear that this is simply not the case.

Why be so tough on Morocco? Shouldn’t we applaud reform in any form — take change any way we can get it? The U.S. has spent the last decade effusively praising Morocco — each of the last four administrations dubbed it the model of reform. But is this really the most the Arab world should strive for: a watered-down authoritarian system with an accompanying constitution to support it? Is this the future of Arab democracy?

Perhaps because Morocco is relatively calmer than its neighbors, it has often gotten a pass. In the 1990s, it didn’t break out into full-scale civil war (like Algeria), so it was a model of tranquility. In early 2011, its leader didn’t slaughter protesters, so it was a model of restraint. Now, as its monarch becomes the first in the region to propose his own constitutional reform, it’s supposedly a model of democracy. But relative success is just that: relative. We should expect more from a country that aims to be a model.